The website of the Rijksdienst voor Cultureel Erfgoed [Cultural Heritage Service] has many photos of churches, often going back to the early to mid 20th century. Some of these photos feature cemeteries. The quality of the photos and scans is often high enough to read the text on the markers.

Earlier this year, I found a 1950s photo of a church that the ancestors of my client attended. When I zoomed in, I saw the graves of the family I was researching. I could not believe what I was seeing!

My client visited the cemetery last week. The graves were no longer there, since they were cleared and re-used, but thanks to that photo she knew the location. 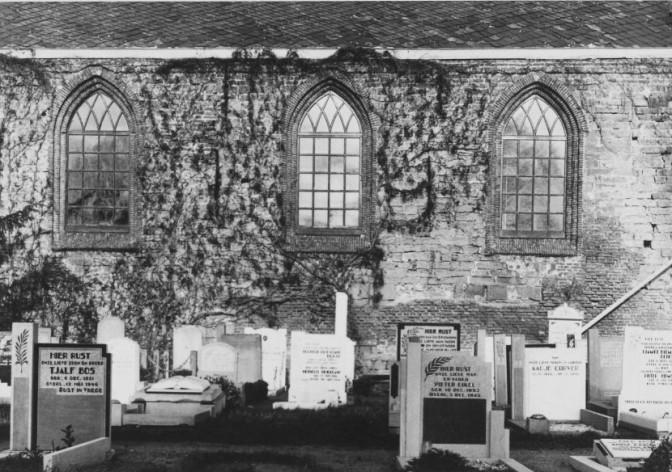