5 lessons we can learn from Who Do You Think You Are?

In the US, the new series of the TV show Who Do You Think You Are? was just announced. I am a big fan of the show.

I watch three different series: the original UK version, the US version and the Dutch version (“Verborgen Verleden”). Although they all share the same basic format, it is interesting to see the differences. The US version is more about the human interest, the UK version is more about the historical context and the Dutch version often seems to try to cram as many stories into one episode as they can. What they share is celebrities who travel around the globe, effortlessly finding fascinating stories about their ancestors. While the show is sometimes criticized for making the research look too easy, there are several lessons that we can all learn from watching.

The most interesting stories may not be on your male line

Ever notice how the celebrity seems to switch randomly from male to female ancestors? That is because they are showing us the most interesting stories. By researching the female lines as well as the male lines, your chances of finding fascinating stories increase exponentially. Literally.

Most celebrities on the show are lucky enough to travel to the places where their ancestors came from. There is something magical about walking in their footsteps.

I once made a video for a client when I was walking in Leeuwarden and happened to walk past one of her ancestors’ houses. She later told me that watching that video made her decide to come to the Netherlands. It was rainy, the camera was obviously handled by an amateur but seeing the street and the house where her ancestor lived was so special that all of that did not matter.

The expert you need may not be a genealogist

Several of the experts on the show are not genealogists. They may be house historians, economists or or experts on Freemasonry. To fully understand your ancestors’ lives, you may need to draw on related fields. We don’t need private consultations for that, we can also do a literature study into our topic of interest.

The most revealing records may not even mention your ancestor

I always love seeing the wide range of records on the show. Diaries, letters, reports of the prison warden: they find all sorts of records that most of us don’t have for our ancestors. What many of these sources have in common is that they contain stories by eyewitnesses. Sometimes, the ancestor isn’t even named in them, but just reading a diary by someone who was in the same camp, prison, or war can help you feel connected. Instead of just searching for the names of our ancestors, we should broaden our search to find out more about the places they lived and the people who lived there.

We don’t talk to our family about our ancestors enough

At the beginning of most episodes, the celebrity talks to his or her family to get a good starting point. Often, it will be the first time that they hear some of the stories. Some of them don’t even know the ethnicity of some of their own grandparents or will see photographs of their ancestors for the first time.

Have you heard all the stories that your family members know? Have you seen all the pictures? Do you know who’s in them?

The holiday season is coming up, which is the perfect time to talk to your family. In addition to having everybody bring their meat loaf or special salad, ask them to bring some heirlooms or photos and share the stories that go with them. As genealogists, we are the keepers of our family’s stories. Let’s collect them while we can! 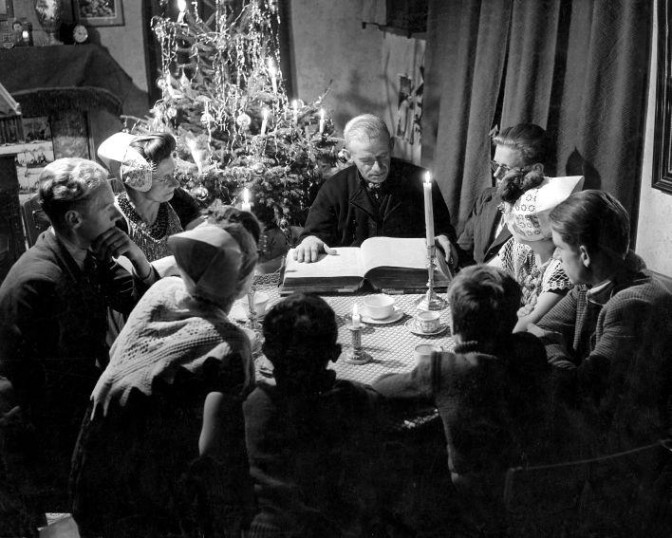 Filed Under: Blog Tagged With: WDYTYA