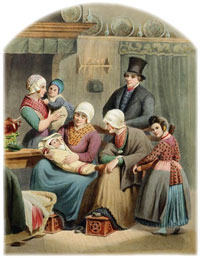 The capital city of Gelderland is Arnhem. Other large towns are:

Gelderland is a large province, and traditions weren’t the same everywhere. In the eastern part of the province, called the Achterhoek, people used to name themselves after the farms they lived on. Officially, this was abolished when the civil registration was introduced in 1811 but many people are still known by their farm name as well as their official name.

In the western part of the province, people called themselves after their father, using so-called patronymics. 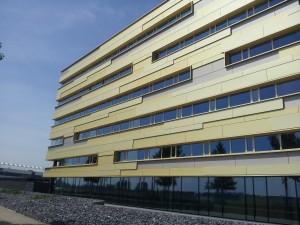 Most records in Gelderland are kept by the Gelders Archief in Arnhem. Unfortunately, their website is in Dutch only. They recently relocated to a new building.

All of the marriage records from Gelderland and an increasing number of death records can be found in WieWasWie. Transcribed church records of the eastern part of Gelderland, including Aalten, Dinxperlo, Varsseveld and Winterswijk, can be downloaded from Genealogiedomein. Select the name of the town on the left and then click ‘doopboeken’ (baptismal records), ‘trouwboeken’ (marriage records), ‘begraafboeken’ (burial records) or any of the other records that are available.

During the middle of the nineteenth century, poor crops, a growing population and the need for religious freedom caused many people in Gelderland to consider emigrating. Many of them did. Most of the people who emigrated from Gelderland ended up in Michigan, Wisconsin and New York. At the end of the 19th century, another emigration wave hit. People tended to emigrate to the same destinations as the generation before them.

There are a few online resources for images of Gelderland: