My ancestor Maria Elissen was the wife of Johannes Antonij Koolen. I knew she must have died between 1789, when her youngest child was born, and 24 December 1798, when her husband was called a widower when he died.1

Research into Maria Elissen turned up no other references for her as Van Keulen, so initially this looked to be the record for a different woman. But no other records were found for a Maria van Keulen either. The burial record is the only reference to a Maria van Keulen, wife of Jan Koolen. When a piece of evidence is uncorroborated by other evidence, this calls into question whether it is correct.

When researching burials in the late 1700s or early 1800s, it is worth checking if any of their children married after 1811, after the introduction of the civil registration. Children were required to show parental consent or proof of death of their parents until the age of 30. Many places recorded the consent or death of parents regardless of the age of the person who wanted to marry, even when they did not require permission. It is worth checking the marriage supplements, the documents he had to show to prove his identity and eligibility to get married, of all children who married after 1811.

Maria Elissen’s youngest son, Joannes Antonius Kolen, married in Loon op Zand on 25 May 1820. His marriage supplements include an abstract of his father’s burial, and a court declaration about his mother’s burial.

On 13 May 1820, four people appeared before the Justice of the Peace to give a declaration about his mother’s death:

all living in Tilburg. They declared that they all knew Maria Elissen, the wife of Johannes Antonie Koolen, who lived in the Kerk neighborhood called the Noordhoek very well, and as a result of their close family relation, knew that she died in April 1795, and was buried on the 15th of that month, and that the extract of the burial record that showed her name as Maria van Keulen was incorrect.4 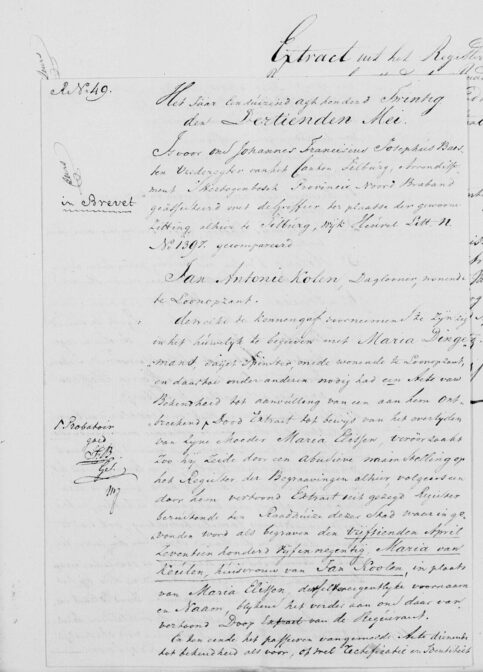 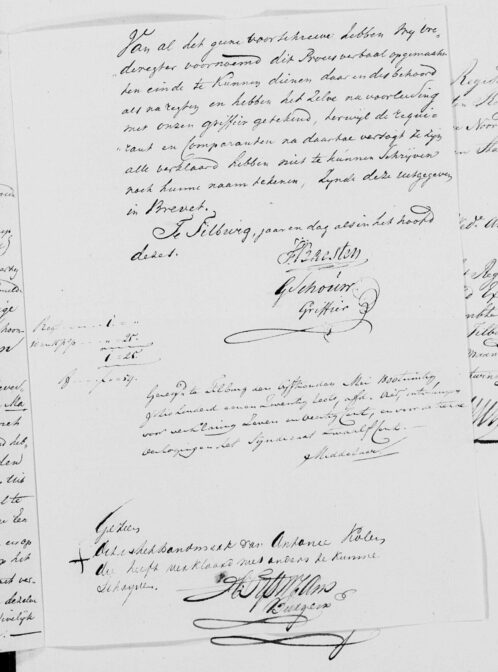 Court declaration about death of Maria Elissen, 13 May 1820

All these witnesses were close relatives of the deceased. Adriaan van den Heuvel did not marry Helena Coolen until 1802, so he may not have had personal knowledge of Maria Elissen’s death in 1795, but Maria’s brother, daughter, and stepson certainly would have.

This witness declaration removes all doubt, and shows that the registration of the burial of Maria van Keulen is really for Maria Elissen, my ancestor. The court record was created twenty-five years after her death; showing that we should expand our research in time when we cannot find enough evidence.