Two years ago, I took my first genealogical DNA-test. Thankfully, the results weren’t too surprising, but definitely interesting. Grandpa, who was born three months after his parents’ marriage, was indeed the son of his father because I share DNA with multiple relatives on that side. My friend Mary, whom I knew to be related on my father’s side, also turned out to share DNA with my mother. This find may enable us to trace the father of an illegitimate ancestor.

Before I tested, I would never have thought that DNA testing would help me trace emigrants from the Achterhoek. But my own half-Achterhoek DNA matches descendants of the thousands of emigrants from that area and the trees of my matches show me emigrants in places where I never thought to look for them.

I have now tested with three companies: FamilyTreeDNA, 23andMe and Ancestry.com. All of them will show you a list of people who you share DNA with: other people who tested with that company and who gave consent to share their results. Some websites have a chromosome browser that allow you to see on which chromosomes you share pieces of DNA with another person. Groups of people sharing the same piece of DNA probably descend from the same ancestor: valuable information for tracing unknown ancestors, especially when combined with well-documented trees.

Besides the websites of the DNA testing companies, there are several other websites where you can take your results. At Gedmatch.com you can compare results of people who tested with different companies using specialist tools. A new tool, available for users who donated to Gedmatch, is Lazarus. Based on DNA of relatives, Larazarus creates a DNA profile for a person who did not test himself, usually a deceased parent or grandparent. I see Lazarus as the first step in a revolution in genealogy, whereby we will be able to reconstruct the DNA of increasingly early ancestors.

DNA research will become an essential part of establishing genealogical proof. Earlier this year, the National Genealogical Society Quarterly for the first time refused an article on the basis that no effort was taken to support the conclusion by DNA testing. By familiarizing ourselves with these new tools, we make sure that we use all the available options to find our ancestors. 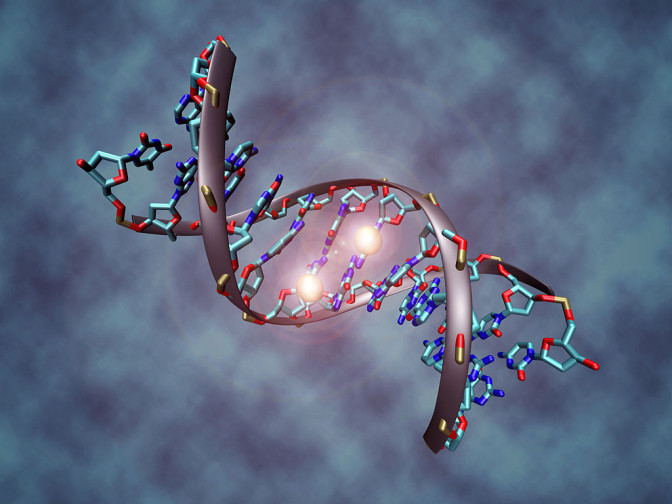 This column first appeared in the December 2014 issue of Gen, the quarterly magazine of the Central Bureau for Genealogy.

Filed Under: Column Tagged With: DNA