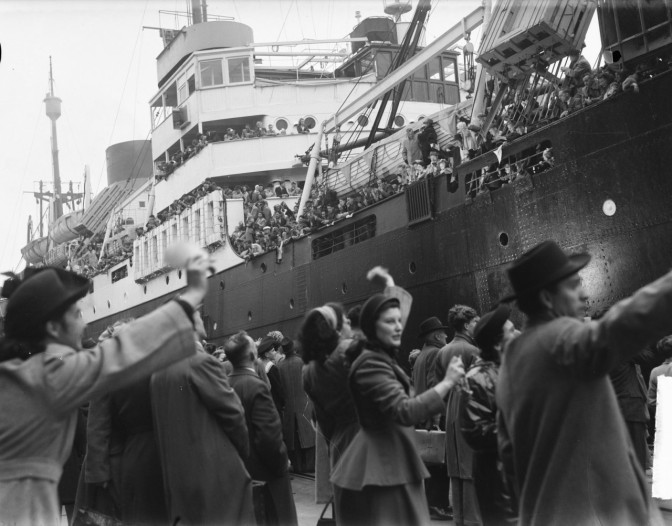 How do you trace your Dutch ancestor if you don’t know when and were they arrived?

This viewer had ancestors who arrived in the colonies in the 1700s. For these early immigrants, making the connection to the place of origin can be difficult.

The key to success often lies in the first step of my plan for finding immigrants: research the person in the place where they settled. I don’t know how much research has already been done, but many people who come to me with similar questions have only scratched the surface for what’s available in US records. Often, research has been limited to what’s available online.

Visiting the county courthouses and local libraries, doing research in deed books, tax records, town records, probate records and whatever else may be available for the time and place where your ancestors settled, should give you a more complete picture of your ancestor after immigration. That should give you an approximate date of arrival (even if it’s just a “before…” date), get you the names of some of their family, associates and neighbors, the religion they had and occupations they had.

I recommend you won’t try to look for people in Dutch records until you’ve exhausted the records in the place where they lived, however tempting it may be to jump ahead. You risk finding a same-named person who lived in the correct time, but who wasn’t your ancestor.

What if you don’t know the location/area the ancestor is from?

If you have done all the research in the place where the ancestor settled and that gave you no direct evidence of their place of origin, there are several other things you can try.

Names can often tell a lot. As an experienced Dutch genealogist, I can often tell the region where a person is from just by their name and the names of their family members. In some cases, the names will be specific enough to predict the exact village, but usually it only predicts a region or part of the country. You can also check the Family Names Database of the Meertens Institute to see where in the Netherlands the name occurred.

Different regions had different emigration patterns and religions. If your ancestor was Roman Catholic, he’s more likely to come from the southern provinces. If an ancestor emigrated in the 1880s, she is more likely to have come from Groningen or Friesland.

Consulting with an expert Dutch genealogist may help you discover where in the Netherlands you should be looking.

Where do I start looking for Egbert Sanderzen in the 1600s?

This viewer had an ancestor called Egbert Sanderzen who arrived in America in the mid 1600s. He asked: “Where would you start looking for Netherland ancestors without more information?”

The first thing I would do is challenge the question: Are you sure there is no more information to be had? You should at least know the name of one of his children, or he would not be an ancestor 🙂 You probably know where he lived after immigration, and can find out whom he associated with. You can study genealogical and historical literature to see where the other people who settled there came from.

Have all the resources been exhausted in the place where Egbert Sanderzen settled?

Just having a name is not enough to start research in the Netherlands. There were probably dozens if not hundreds of men named Egbert, born to a Sander or Alexander, so how will you ever know you’ve found the right one?

One source to check for people who left for New Netherland are the notarial records of Amsterdam. Most ships bound to New Netherland left via Amsterdam, where the West India Company had its headquarters. Many people went to a notary before their departure – to enter into a work contract, draft a last will or give a power of attorney.

Unfortunately, the notarial records are mostly unindexed. Amsterdam archivist Simon Hart created a card catalog that is estimated to index about 5-8% of the records. Luckily, Simon Hart had a keen interest in New Netherland, so records mentioning New Netherland seem to be over-represented. I’ve had great success finding New Netherlanders in notarial records using this card catalog, which is available at the Amsterdam City Archives in Amsterdam. Please contact me if you are interested in a proposal to check these records for you.

Where do I search for Samuel Martini de Meurs/van Dorth who arrived in the Cape of Good Hope in 1711?

This viewer searched WieWasWie, and only found an employment record by the Dutch East India Company. I wonder if he ever checked the original record. Often, that pay ledger will give you their place of origin. Sometimes it will list a beneficiary, someone who would get the pay while the person was away, often a spouse or parent.

If your ancestor stayed in Cape of Good Hope, he may have been a “vrijburger” [free burgher]. The VOC records at the National Archives have several records of Vrijburgers for the period 1700-1786. These can be consulted on-site in The Hague, see the finding aid. Please contact me if you are interested in a proposal to check these records for you.

I find it intriguing that this ancestor went by two names. The most common reason for someone to use two names is that one was his family name, and the other indicated his place of origin. So you might have a Samuel Martini de Meurs who was from Dorth (old name of Dordrecht), or a Samuel Martini van Dorth who was from Meurs (old Dutch name of Moers, a town in Northrhine-Westphalia in Germany).

Martini is Latin for son of Martinus, so his father was probably a Maarten or Maerten. Both Samuel and Maarten are names that are more common in Germany (where Maarten would be Martin) than in the Netherlands, so you might have a German VOC employee on your hands. Many VOC employees were German, so that is not uncommon. The names of Samuel’s children may also give you a clue about his ethnic origins. 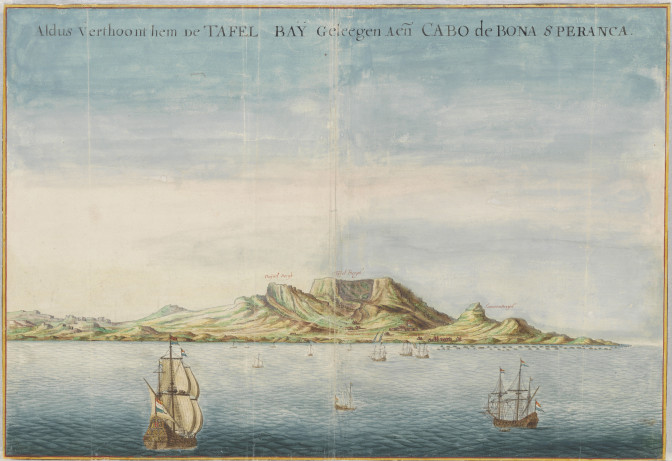