When Dutch people arrived in the United States or other English-speaking countries, often their names got changed. This was either done on purpose, to make the name easier to write and remember, or by accident because the clerk didn’t know how to spell the name and wrote it down phonetically. For this reason, a single family name can often be found in many different spellings in different documents.

This article gives an overview of the types of changes that names underwent and also gives a list of English versions of Dutch last names. This list is not complete and even for the names that are listed, chances are that many people with those names used even more exotic variants as well.

Some of the Dutch names follow a predictable pattern when turned into English: 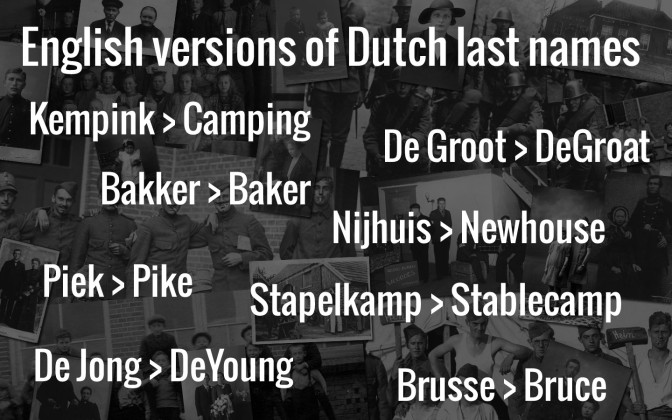