Derk Willem Huinink and Catharina Jentink were part of the second emigration wave in the nineteenth century. They emigrated from their Aalten home in 1869 together with their extended family. They settled in Town of Holland, Sheboygan County, WI.

Derk Willem Huinink was born in Aalten on 9 March 1827 as the son of Jan Berend Huinink and Berendina Heesen. His parents had 7 children in total of whom 3 died as young adults. 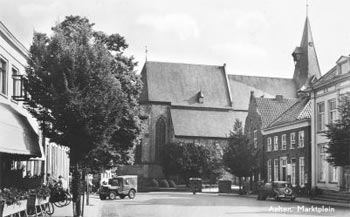 Derk Willem received a common-school education and afterward worked on his father’s farm. At the age of 17, he was apprenticed to a weaver. In those days, farmers often had a loom in their farm to make some extra money in the winter.

On 28 May 1858, Derk Willem was married to Catharina Jentink. On the same day, his sister Janna Willemina Huinink was married to Jan Berend Schepers. 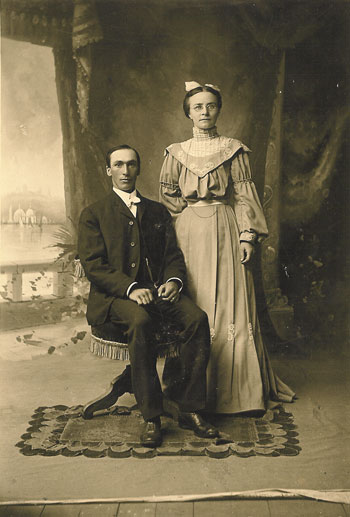 Catharina Jentink was born in Aalten on 20 November 1834 as the daughter of Hendrik Jan Jentink and Dora Hendrika Lammers. She was one of 10 children.

On 15 September 1869, the extended family emigrated from Aalten. Derk Wilem Huinink and Catharina Jentink were joined the following people:

Although the Aalten records list their emigration date as 15 September 1869, the biography of Derk W. Huenink mentions the family sailed from Rotterdam on 25 June 1869. Sometimes the municipality recorded the emigrations after the fact, so these dates might both be correct. Eleven days after leaving Rotterdam, the family arrived in Quebec. They travelled on to Sheboygan County, WI and arrived in Amsterdam on 25 July 1869.

The following spring Derk Willem Huinink bought 72 acres of land on section 19 for which he paid $2,000. His name changed to Derk Willem Huenink. Four more children were born to Derk Willem and Catharina, so the entire family consisted of:

The family attended the Presbyterian church. Derk Willem was active in this church and served as an Elder for over 19 years. 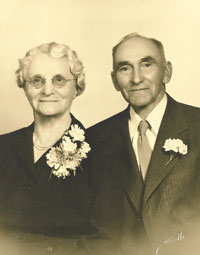