Start of the secession

The Afscheiding (Secession) was proclaimed by Rev. Hendrik de Cock in 1834. He was the minister of the Reformed church in Ulrum. In his eyes, the Dutch Reformed Church had become too liberal. He wanted the church to go back to the old ways. His way of preaching inspired a lot of people, and he drew large audiences with his ceremonies. 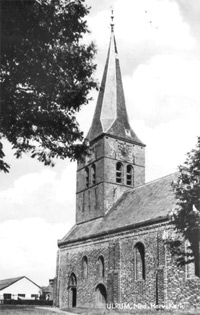 As a counter-measure the Dutch government reinstated an old French law from the time of Napoleon, forbidding the assembly of a party larger than 20 people. Of course, in the gatherings of the Seceders, far more than 20 people were present, so both the preaching minister and the owner of the house where the ceremony took place were given severe fines or even sent to prison. The money to pay the fines was then raised by all the Seceders in the region. Another attempt to constrain the Secessionists was to have the soldiers’ quarters in the homes of the preachers and people where they came together.

This didn’t stop the Secession, however. The Reformed Community’s numbers diminished as more people seceded. Others were not ready for such a large step. The Seceders had difficult times, because of the counter-measures taken against them, the disrespect of their neighbors and the economic conditions. The taxes were high, the potato crops went bad because of a potato disease, the home-weavers didn’t earn as much as they had used to, etc.