Derk Antony VOSKUIL and Hendrika LANDEWEERD was two of the few survivors of the Phoenix disaster. They probably met during the voyage to the United States. 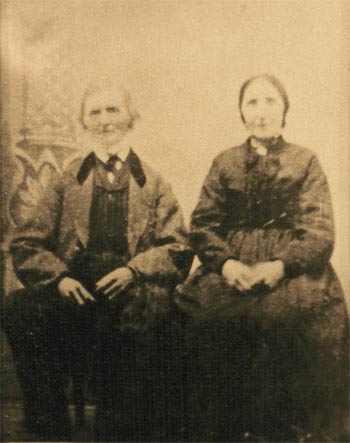 Derk Antony Voskuil was born in Winterswijk on 11 May 1817 as a son of Jan Willem Voskuil and Berendina Tolkamp. He became a member of the Afgescheiden church of Winterswijk on 26 April 1846. Together with a group from his church, he decided to emigrate in 1847. He emigrated together with his brother Hendrik Jan Voskuil and their family. However, they did not travel together on the final leg of their journey, because Derk Antony Voskuil was on the Phoenix when it perished on Lake Michigan while his brother was not.

Hendrika was born in Holten in the province of Overijssel on 12 March 1827 as the daughter of Hendrik Jan Landeweerd and Gerritdina Hakkert.

Her parents had 8 children and were founding members of the Afgescheiden church in Holten. Together with their 8 children, the family emigrated in 1847.

Derk Antony helped to row one of the lifeboats of the Phoenix ashore by using a broom. That’s how he and the other people in the lifeboat got to safety.

Hendrika’s parents and four of her siblings died during the Phoenix disaster, while Hendrika and three of her sisters survived. 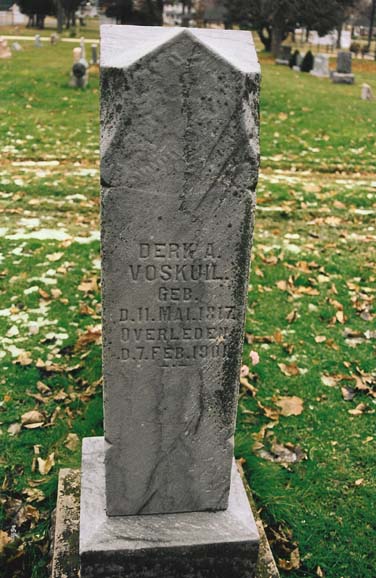