An abdij is an abbey.

Especially during medieval times, abbeys were important land owners. Many of them owned large estates, farmed by tenants or serfs. In addition, they were often entitled to tithes of several properties, usually a percentage of the proceeds. The archives of these abbeys can sometimes give information about the earliest known history of the towns where they owned property, or about the tenants and serfs who worked for them.

Famous abbeys in the Netherlands were located in Rijnsburg and Egmond. Count Dirk II of Holland donated a famous gospel, created in France in the late 700s, to the Egmond Abbey in 960 AD. The gospel includes a drawing of him donating the gospels. 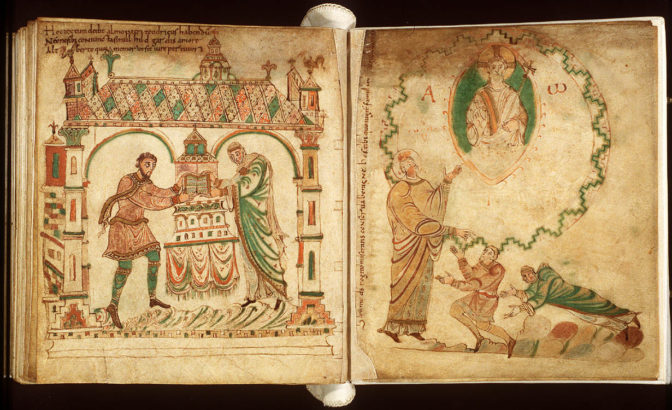