A beerwagen was a cess car, a car used to collect faeces in larger cities. In Amsterdam, this was also known as a boldootwagen, which jokingly referred to Boldoot, an Amsterdam factory making perfume.

Before indoor plumbing, people would use buckets instead of toilets. A beerwagen would come by to collect the waste. It did not need to ring a bell, since its smell would announce its arrival. 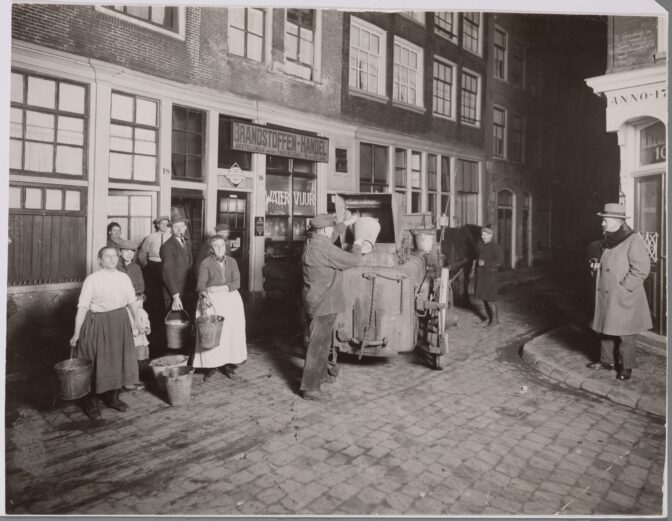