Quick tip – Canon of the Netherlands 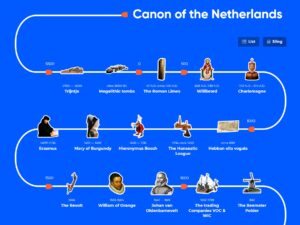 Historians have compiled a Canon of the Netherlands; a list of fifty canonical events that everyone who is interested in the history of the Netherlands should know. This list was revised last year. The Canon website has the fifty events with background information, which is available in English. Some of the material for students, such as animations, lesson plans, and suggestions for further reading, is only available in Dutch. … END_OF_DOCUMENT_TOKEN_TO_BE_REPLACED 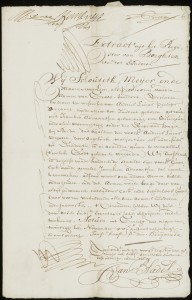 If you are searching for an ancestor's origins before 1811, it might be worthwhile to check the town registers to see if they submitted a bond letter. This is a certificate given out by their previous place of settlement that indemnifies the new town in case the person becomes poor. The old place of settlement promises to support them. If you find a bond letter, this will tell you where they came from. … END_OF_DOCUMENT_TOKEN_TO_BE_REPLACED

Quick tip – Is the translation correct and complete?

If you are lucky, an English translation exists for Dutch records. For example, many New Netherland records have been translated. In some cases though, what is presented as translations are actually abstracts. The original may have more information. Another aspect to consider is that translations are interpretations, and may have mistakes. For example, an account book of the West India Company 1650-1664 that includes money paid for passage to New Netherland is often presented in … END_OF_DOCUMENT_TOKEN_TO_BE_REPLACED 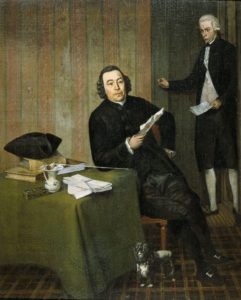 Some people are surprised that many Dutch wills are in the third person ("leaves HER house to HER brother and HER sister"). This is because the wills are drawn up by a notary or court clerk, and the "I" in the record is the notary. "Today appeared before me, notary so-and-so, Mrs. this-and-that who declared this to be HER last will." … END_OF_DOCUMENT_TOKEN_TO_BE_REPLACED 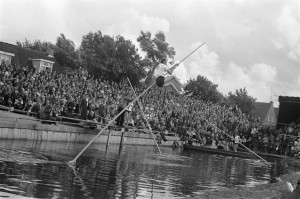 If you are trying the find the origins of an immigrant ancestor, don't be afraid to jump the pond and start research in the place of origin if you get stuck. Researching the person in the place you know they lived (after immigration) is a good strategy to start your research into an immigrant ancestor. That may give you clues about their place of origin, their relatives, and their social network. But sometimes, even the most detailed research in a place of destination does not reveal … END_OF_DOCUMENT_TOKEN_TO_BE_REPLACED 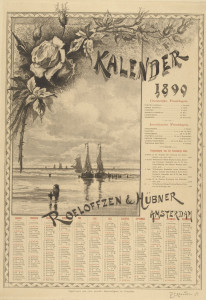 In the Netherlands, and many other countries, dates are written day-month-year. So 3-11-2021 is 3 November 2021, not March 11. Many original records spell out the month to avoid confusion, but you may encounter dates with numbers for the month in genealogical publications. … END_OF_DOCUMENT_TOKEN_TO_BE_REPLACED

Quick tip – Your ancestor was not born in Elders 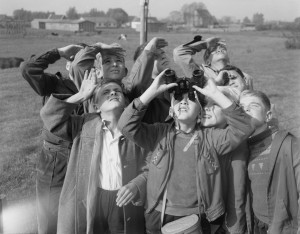 In some online trees, you will see "Elders" as the place of birth. This is typically the result of a person who does not speak Dutch finding the reference in a Dutch record. However, "Elders" is not a placename, it means "elsewhere." … END_OF_DOCUMENT_TOKEN_TO_BE_REPLACED 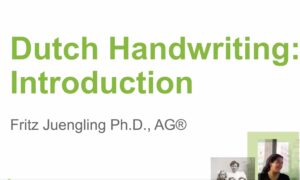 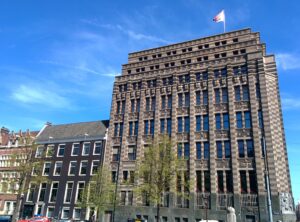 When you are researching, there are archives/repositories at three different levels that may hold relevant records for you. They correspond with the three levels of government: municipality, province, and country. Local or regional archives Each municipality turns over their records to a local or regional archive. Examples of local archives are the Amsterdam City Archives or the Oldenzaal city archives. These municipalities have their own archivist rather than using the services of a regional … END_OF_DOCUMENT_TOKEN_TO_BE_REPLACED 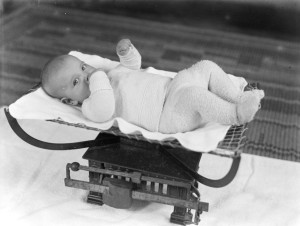 In the Dutch language, the suffix '-je' indicates a diminutive. Depending on the preceding word, it can be -je, -kje, -tje, -pje, or -etje; sometimes with an -n at the end. In Low Saxon dialects in the north-east of the Netherlands, -ke, -ske, -ken, -sken, or -chien are used. The diminutive suffix is used for nouns and names. Many female names are diminutive forms of male names. The diminutive form of a name is also used for a young child, so studying the name in context is necessary to … END_OF_DOCUMENT_TOKEN_TO_BE_REPLACED