Articles about the history of emigration

People have been coming to and going from the Netherlands for centuries. These articles describe the history of Dutch emigration, starting with the New Netherlands emigration and going all the way on to the emigration wave after World War II.

Patterns of emigration from the Achterhoek

This week I gave a presentation about patterns of emigration from the Achterhoek, based on my genealogical research. The presentation was part of the conference 'The importance of history for Dutch-Americans', organized by AADAS (the Association for the Advancement of Dutch-American Studies). Because I was not able to attend the conference in person, I pre-recorded it. I've now made the recording available online. … END_OF_DOCUMENT_TOKEN_TO_BE_REPLACED

Filed Under: History of emigration Tagged With: Gelderland, presentation

Pennsylvania Dutch – Not Dutch at all! 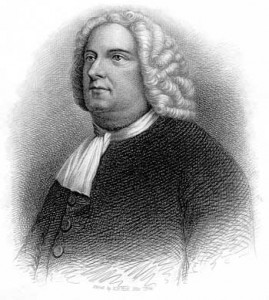 One group of emigrants in the 18th century is known as the Pennsylvania Dutch. But did you know they weren't Dutch at all? Most Pennsylvania dutch are actually German or Swiss. But even though their ancestors were not from the Netherlands, many Pennsylvania Dutch used Dutch ports to travel to the United States so there is a Dutch connection. … END_OF_DOCUMENT_TOKEN_TO_BE_REPLACED

Filed Under: History of emigration Tagged With: Pennsylvania 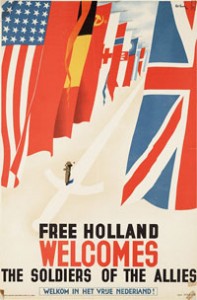 After World War II was over, many people wanted to start a new life across the ocean. Five years of war had destroyed the Dutch economy, and it would take years to recover. In the late 1940s and early 1950s, many Dutch people emigrated to Australia, Canada and the United States. … END_OF_DOCUMENT_TOKEN_TO_BE_REPLACED

Filed Under: History of emigration

Emigration in the nineteenth century

In the middle of the nineteenth century, conditions in Europe were poor. Crops were failling all over Europe and many people hardly made enough money to feed their families. For this reason, many people decided to emigrate to the United States, where farmland was plenty and people hoped they could begin a new life. In the Netherlands, some people also had religious reasons to emigrate. The had seceded from the Dutch Reformed Church and were being oppressed by the goverment. The United States … END_OF_DOCUMENT_TOKEN_TO_BE_REPLACED

Filed Under: History of emigration Tagged With: Winterswijk, Wisconsin

The first larger emigration wave from the Netherlands took place in the seventeenth century. A new colony was established in the Americas, which was called the New Netherlands. After a rough start, this colony attracted emigrants from all over Europe. … END_OF_DOCUMENT_TOKEN_TO_BE_REPLACED

Filed Under: History of emigration Tagged With: New Netherland