Pennsylvania Dutch – Not Dutch at all!

One group of emigrants in the 18th century is known as the Pennsylvania Dutch. But did you know they weren’t Dutch at all? Most Pennsylvania dutch are actually German or Swiss. But even though their ancestors were not from the Netherlands, many Pennsylvania Dutch used Dutch ports to travel to the United States so there is a Dutch connection.

William Penn was a Quaker who settled in the United States in 1682 to celebrate his religion freely. The region where he settled was named after him, Pennsylvania. Before leaving, he visited the largest Dutch port of Rotterdam several times to make arrangements for the crossing of his followers. 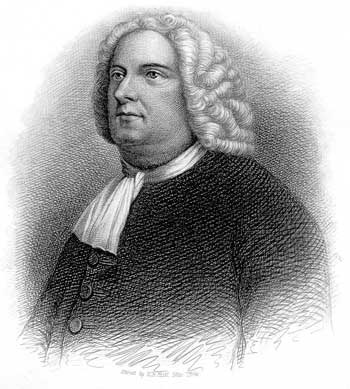 At the beginning of the eighteenth century, the freedom of religion was established in the Pennsylvania law. This attracted thousands of protestant families in Germany and Switzerland. Rotterdam was the port of choice, even though Dutch ships were not allowed to travel to the English colonies. At first the Dutch ships brought the emigrants to English ports from where they crossed the ocean. Later, English shipping companies settled in Rotterdam to transport the people directly to the United States.

Many emigrants arrived in Rotterdam almost penniless. They were helped by people from their own religion who sometimes even paid there fares for them. This news spread fast and people started counting on that even though the Dutch government warned that people had to pay for their own trips.

In 1726, anabaptists were facing new difficulties in Germany. The new catholic monarch had proclaimed new measures against this group of people. This was a new impulse for the emigration to Pennsylvania.

As a result, Rotterdam was swamped by emigrants. They were housed under poor conditions. Inevitably, some of the emigrants died before ever getting on board. Rotterdam and the Dutch government tried hard to find the money to ship the people off to the United States because they did not have accomodations for so many poor people.

Once people finally got on board, the trouble was far from over. The trip was long (10 weeks or more) and conditions on board were poor. Almost every ship that left from Rotterdam encountered problems before reaching Philadelphia: disease, bad weather and even shipwrecks were common.

It is not surprising that Pennsylvania, with its religious freedom, was where the Declaration of Independence was signed in 1776. The independence from England marked a new chapter in the emigration history. The other states adopted religious freedom as well so soon people were travelling to other states. In Rotterdam, the English ships got replaced by American ships. The French revolution and occupation turned out to be the end of the emigration wave. As religous freedom became a right in Europe as well, less and less people felt the need to go to Pennsylvania.

So why are these people called the Pennsylvania Dutch? This is not certain, although there are different explanations:

Filed Under: History of emigration Tagged With: Pennsylvania