When civil registration records are created, two original copies are made. They are duplicate originals and both have the same legal standing.

It is worthwhile to check both archives for the records: 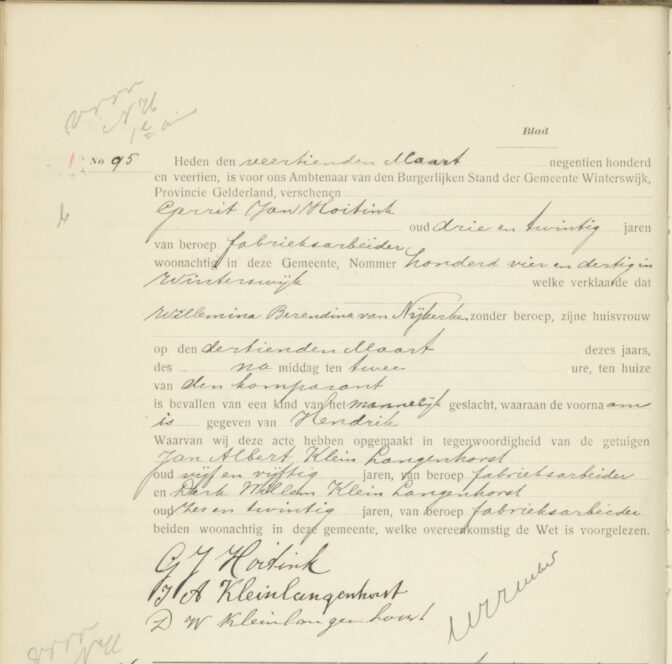 This is the birth record of my grandfather, Hendrik Hoitink, who was born in Winterswijk in Gelderland on 13 March 1914. His birth record is kept at the Gelders Archief in Arnhem (provincial level) and at the Erfgoedcentrum Achterhoek en Liemers in Doetinchem (regional level).

The Gelders Archief has indexed birth records up until 1912, and the attached scans are digitized b/w microfilms. The Erfgoedcentrum Achterhoek en Liemers has not indexed the birth records, but scanned them up to 1918 in full-color. Because I knew the birth date, I could easily find the record. For births before 1912, I could have used the index on the Gelders Archief website to find the birth date, and then used the Erfgoedcentrum Achterhoek en Liemers website for the best quality scan.