On 5 May 1945, the Germans capitulated and World War II was over for the people of the Netherlands. Every year on the fifth of May, we celebrate our freedom. But before we can celebrate, we need to commemorate. Because our freedom came at a price.

About 200,000 Dutch men, women, and children lost their lives during World War II. More than 100,000 Dutch Jews were murdered in the death camps in Eastern Europe. Other victims include Roma, Sinti, and people persecuted for their sexual orientation, faith, or disabilities. Dutch soldiers, who died defending or liberating our country. People in the Dutch resistance, executed when their role was discovered.

And then there were the allied forces. Soldiers from the United States, Canada, Poland, the United Kingdom, and many other countries, who gave their lives so we could be free. Many of them are buried in the Netherlands, their graves adopted by Dutch families who maintain it and who put flowers on the graves on the anniversary of their birth and death. Maybe your relatives were among those who died overseas. Know that their sacrifice has not been forgotten.

Every year, on the fourth of May, we commemorate. Because our freedom came at a price. At 8 PM, our entire country grinds to a halt. Trains stop in their tracks, buses pull over. TV channels go silent as the entire country takes two minutes to commemorate all the people who died.

This year, on this fourth of May, for the first time since I’ve been old enough to stay up until 8PM, I am not in the Netherlands to commemorate. I am at the National Genealogical Society Family History Conference in Grand Rapids, Michigan. At 8 PM, I will be standing up during the banquet to share the Dutch tradition of Commemorating the Dead. I am going to ask the attendees to be silent with me. Because our freedom came at a price, and we need to commemorate before we can celebrate our liberty. 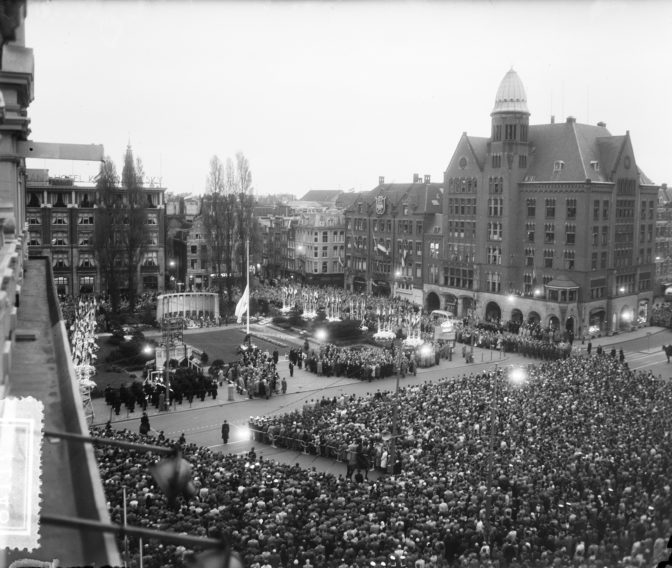