Could You Have Been a Teacher in the 19th Century?

During my research into one of my relatives who was a teacher in the 19th century, I came across some math problems published in a newsletter for teachers. These questions were used during examinations of assistant teachers at elementary schools in 1878. People taking the assistant teachers’ exam were usually around 18 years old, had finished their own elementary school with good results and had worked for several years as a trainee, assisting already qualified teachers. 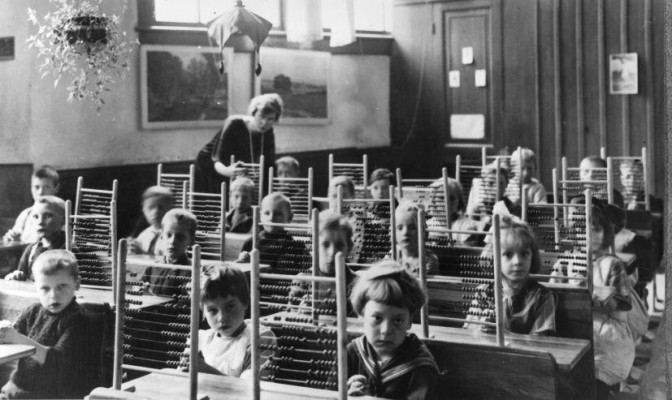 Can you solve these?

Personally, I think this is pretty advanced math for an elementary school teacher. I like how applied the problems are, so that you first have to translate them to abstract algebra before you can solve them (or maybe that’s just the result of my 20th century education). I’m sure they would have used similar types of problems in class, though probably less complicated. I like how these problems give us a nice glimpse into the level of math expected of these teachers and give us a taste of life in the 19th century to boot.

What do you think? Can you solve these? Kudos to anyone who posts the answers (including proof arguments, of course) in the comments 🙂

Filed Under: Blog Tagged With: education