A crowd funded project will digitize and index the slave registers of Suriname, making them freely accessible online.

The slave registers of Suriname are a unique record series. They record the names of approximately 80,000 people who were enslaved in Suriname between 1830 and the abolition of slavery in 1863. I don’t think there is another country in the world that had such a comprehensive registration of its enslaved population. 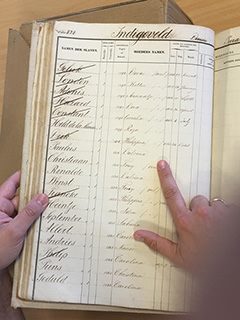 Forty-three slave registers survive, containing almost 30,000 pages of information. They are organized like financial ledgers, per owner, as an inventory of assets. The registers contain the following information about each enslaved person:

At the time these registers were created, Suriname was a Dutch colony. It would remain under Dutch rule until its independence in 1975. These slave registers form an important part of the mutual cultural heritage of the Netherlands and Suriname.

Historian Coen van Galen of the Radboud University in Nijmegen, the Netherlands, is the initiator of this project. The project is a collaboration between the Radboud University, the Society for the Dutch Slavery Past, The Anton de Kom University of Suriname, and the National Archives of the Netherlands and Suriname. The project is partially funded by the Prins Bernhard Cultuur Fonds [Prince Bernhard Culture Fund] and CLARIAH. 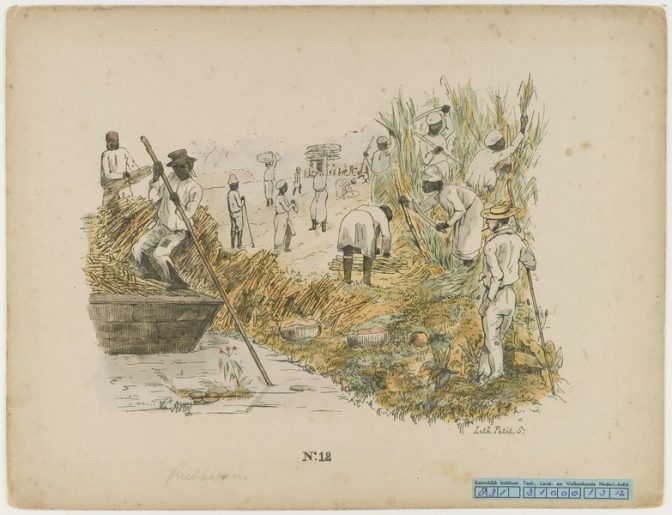 I am excited about this project, because I occasionally research Suriname families for clients. These registers provide vital information for researching families who were enslaved, but also about families who owned slaves or who were involved in manumissions. Having online access will make this resource easily available for researchers all over the world.

I would like to invite you to consider donating to the project. You can contribute until 15 April 2017.

UPDATE [20 February 2017]: The goal has been met! You can still donate though. Donations exceeding the 25,000 euro target will be used towards digitizing other records to trace these people, such as the civil registration records. This will allow researchers to find out what happened to these enslaved people after manumission, so please consider donating even though the goal has been met already.

After the registers are digitized, volunteers will be needed to help index the records. I will let you know when that phase of the project starts, and when the results become available online.

>> Contribute to the crowd funding project <<