Quick tip – Deaths are recorded in the place of residence

If a person died in a different location than where he lived, the civil registration of his place of residence would also record his death. Often, they would receive a copy of the death record that was created in the place of death, and would then record that copy in their own death registers.

This was also done after World War II, to record all the Dutch Jews who were murdered in Eastern Europe. Sometimes it took many years to find out where and when a person died, so many towns have death records for Jewish holocaust victims that continue to the late 1950s. 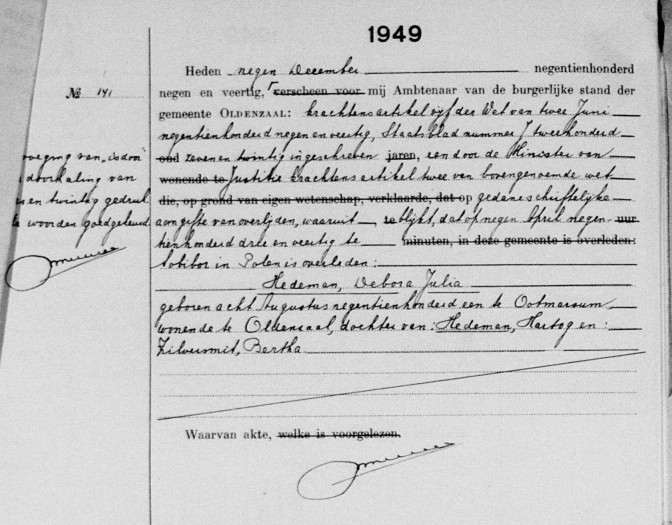