A monnik is a monk. Monniken are mostly found in the Roman-Catholic parts of the Netherlands like Noord-Brabant or Limburg. Before the Reformation, they were found all over the country. In the Middle Ages, many cities had monasteries where monks lived. In some towns, the monasteries disappeared but the name can still be found in street names or field names. Nowadays, few men become monks, even among Roman-Catholics. 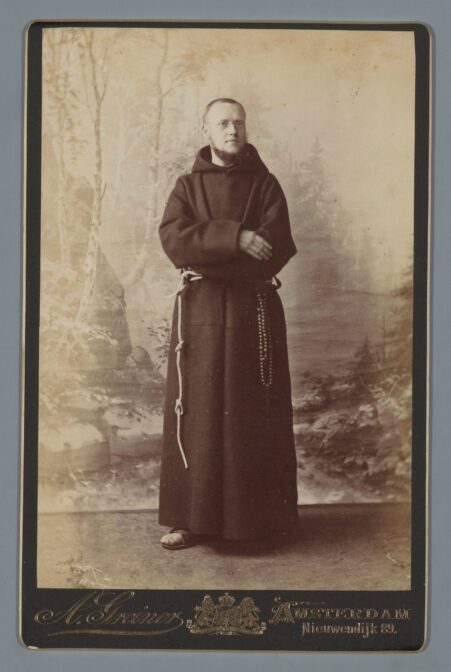 Portrait of a monk, circa 1860-1890. Credits: Collection Rijksmuseum (public domain)