I started doing genealogy when I was fifteen years old, but there were early warning signs. From about age 4 to 12, I loved playing with LEGOs. We had an old dining room table in the attic that was exactly 3×5 LEGO street plates large, that I used to build my LEGO city. 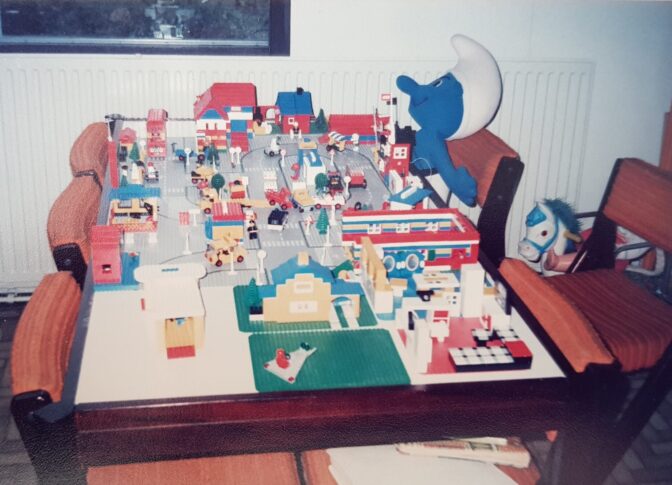 Originally, I liked building the houses, but pretty soon I was making up whole stories in my LEGO city. I especially liked designing the city, thinking about which facilities would go where and where the houses would go.

So what’s a not-yet-genealogist to do? You make a plat map. 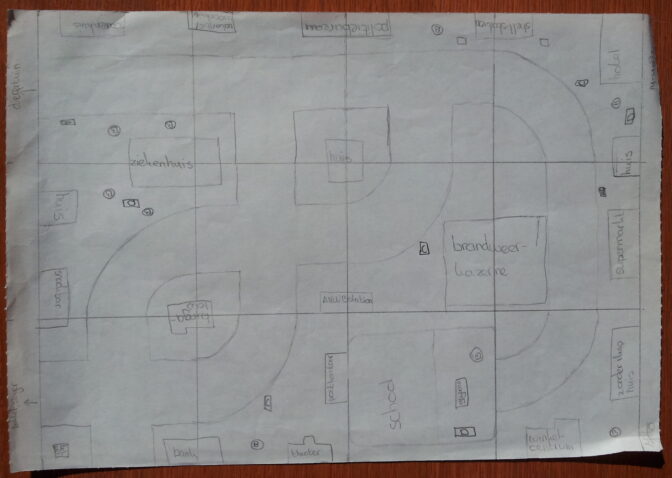 The next challenge is tracking who lives where, what cars they owned, what bikes they drove, and what jobs they had. It didn’t take me long to realize that a system of loose papers would work best, so I could rearrange them if people moved or bought another car, rather than having a register where I’d have to strike through items. 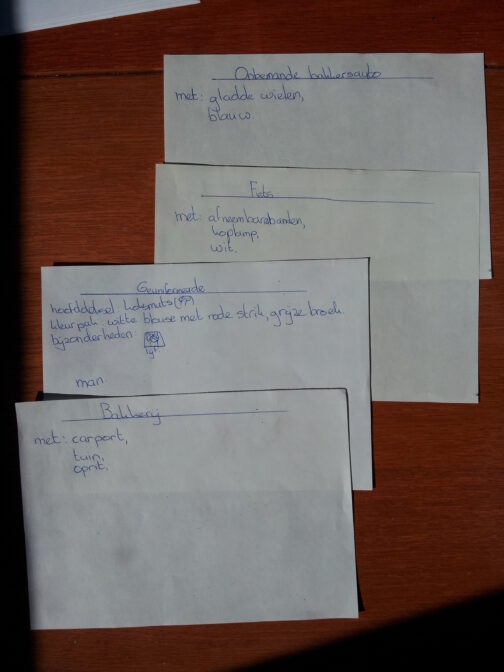 Here you see the one set of the cards:

You can see the bakery with the car and the LEGO baker in the next photo; they are on the left in the middle (yellow building with blue roof). I had cards like this for each house, car, bike, cart, and person, and used dividers. 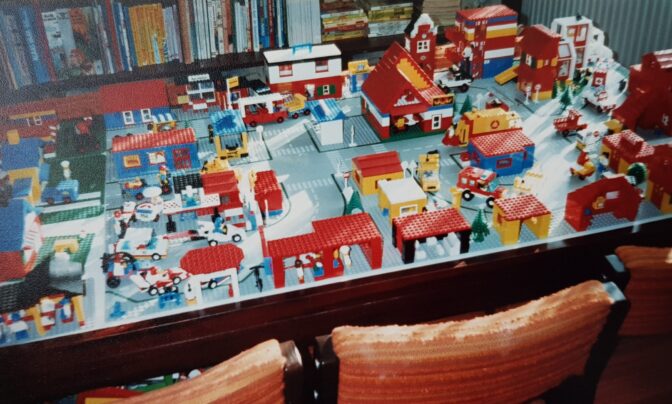 I find it quite amusing that the Netherlands started their population registration with registers in the 1850s, then switched to family cards in the early 1900s, and finally to personal cards in 1938s. It took them 88 years to figure out that loose papers work better than registers so you don’t have to keep correcting information when things change. I figured that out by the time I was ten.

Looking back, the parallels with genealogy are remarkable. The registrations are similar to the sources I now use, and I already loved cataloging and tracing people. You could say that my LEGO city was my first one-place-study 🙂