Echtscheiding (or scheiding) is the Dutch name for divorce. Up until the last part of the 20th century, divorce was pretty rare in the Netherlands.

There are several ways to find out if a couple got divorced. The most common one is to look in the margins of the marriage record, where the divorce will be noted. The divorce will also be recorded in the marriage register, with a reference to the court ruling. You can use this to find the ruling in the court records, which may give more information about child custody, division of property and alimony. Like marriage records, divorce records become public after 75 years. 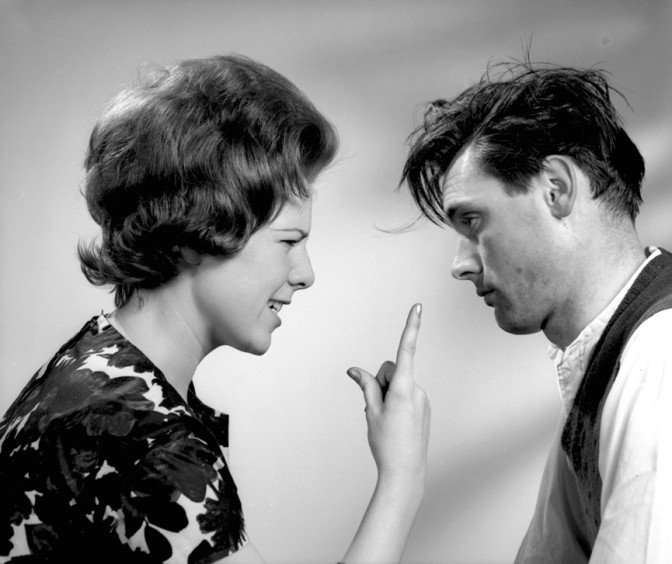 The neglected wife encourages her husband to sort himself out. Credits: Tyne & Wear Archives & Museum (no known copyrights)