Eenheidsworst (standardized sausage) has become a proverbial way to say something is run-of-the-mill, not terribly exciting.

The original eenheidsworst was introduced during World War I. Even though the Netherlands remained neutral, there were food shortages because overseas supply lines had been cut and much of the food produced in the Netherlands was sold or smuggled to Germany at inflated prices. The government introduced the eenheidsworst, consisting of 90% beef and 10% pork. Because herbs and sugar was added to the meat, 85 kilos of meat sufficed to make 100 kilos of sausage. The sausage apparently tasted pretty good, although the lack of variety was boring. 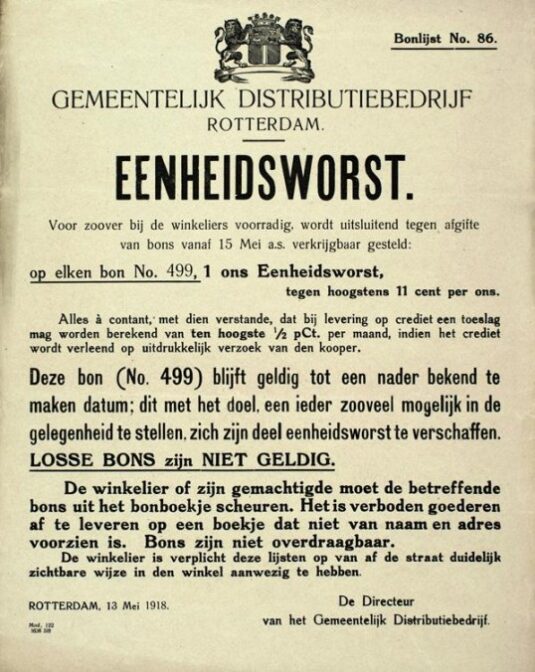