I thought it would be fun to do a series of blog post about the extremes in my tree. The oldest person, the youngest parent, the most spouses, the most children, the one who moved the farthest away; you get the idea. In this first article, I present you Jan de Witte, who died in Cadzand in 1754 at the reported age of 105 years and eight months.

The earliest record I found that indicated Jan’s age was the 1748 census of Cadzand, which included the following household: 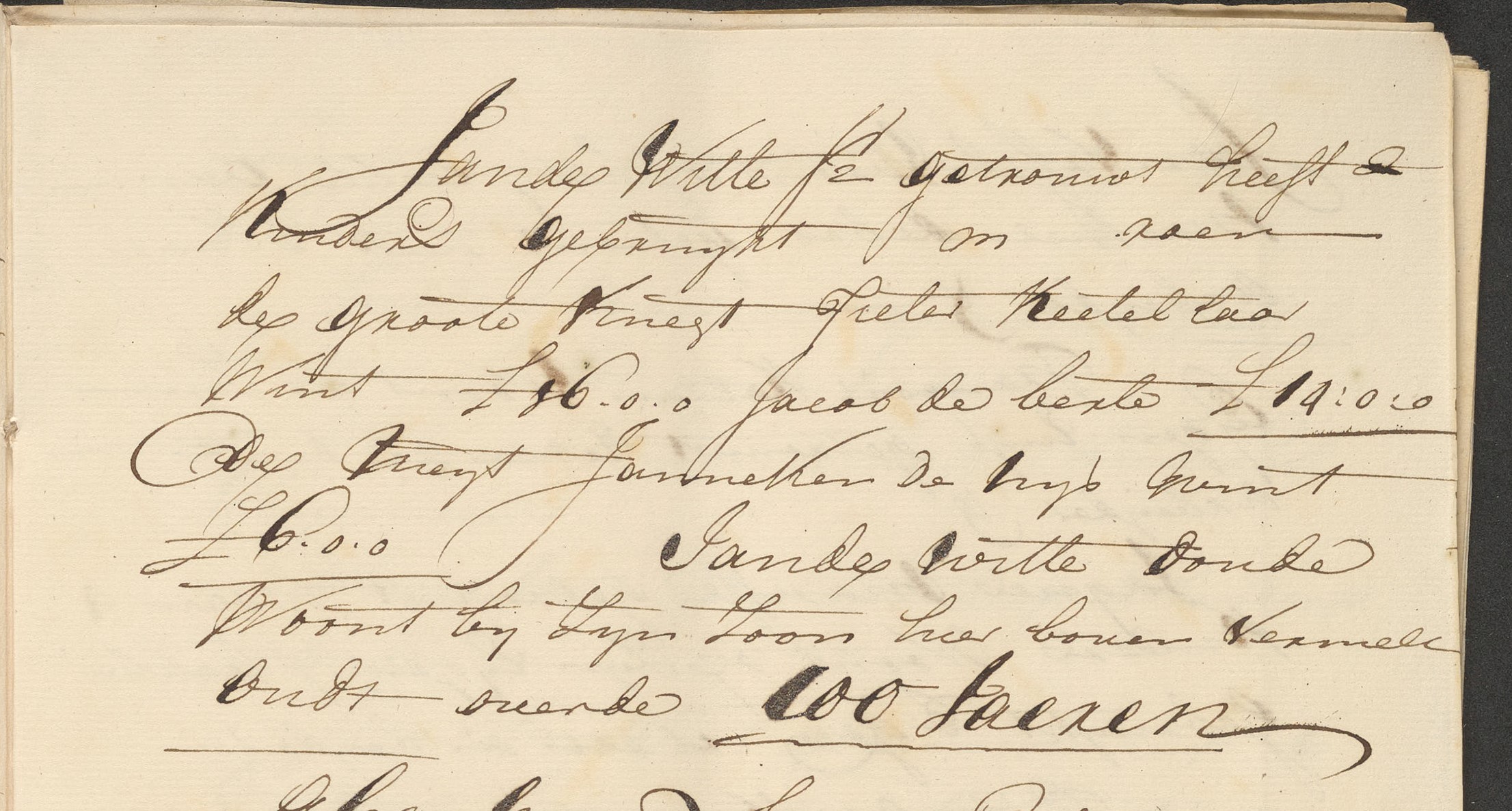 His 1754 burial record in Cadzand is more precise about his age.

“The Island” in this record probably refers to the island of Cadzand, which was later reclaimed and is now a part of the mainland of Zeeuws-Vlaanderen, the Flanders part of Zeeland. The register mentions ages for everyone, but usually just the years for adults, and this is the only case where the birth year was included. The minister recognized he was dealing with a special case!

Was he really that old?

If the burial record is correct, Jan de Witte was born in April or early May 1648, and would have had his 100th birthday shortly before the census taker came along in 1748. These are the only two known records that list his age, and they are consistent. Son Jan was probably the informant for the census, and perhaps for the burial as well, so the information from the two sources is not necessarily independent. It can be hard to estimate how old an elderly person is. Once you report someone as 100 in 1748, it makes senses to say he was 105 when he died five years later. But it seems very far-fetched to me.

I have not been able to find any records for Jan closer to his birth. Unfortunately, many of the records of Cadzand were lost in World War II, including many baptismal records from the 1600s. I have not yet found when and where Jan de Witte senior was baptized or married, or who his wife was. I do know that his son Jan, with whom Jan lived in 1748, was first married in 1736. That seems rather late for the son of a man born in 1648, but we don’t know if Jan sr. had multiple marriages so it is possible Jan jr. was from a later marriage. There were multiple men named Jan de Witte who had children in the area around that time; not surprising for a man whose name is the Dutch equivalent of “John White.”

I do not know what records they would have had access to at the time. I do not know if Jan was literate, and may have had a family bible. I do not know if the minister looked in the baptismal register, which still survived at the time, to see how old his oldest congregant actually was. But the unusually specific age in the burial register and the inclusion of the birth year suggests there was some source for it, though it is possible he was confused with one of the same-named men.

I asked my friend friend Willem Vermeulen, who is doing a PhD in demographics and has been studying centenarians, for his opinion. He agreed with me that it is highly improbable that Jan de Witte was actually 105 years old. Willem has identified 98 centenarians born before 1800, including only one case of someone who reached the age of 105.3 Of the eight centenarians in the 1899 census, seven were 100 years old and one was 101 years old.4 This further illustrates how unlikely it is for a man to reach the age of 105 in 1748.

For now, I do not consider the age proven, but I do think he was very old, and a worthy ancestor to kick off this new series of posts.