A gaarkeuken is a soup kitchen, a place where poor people could go to be fed.

Gaarkeukens are best known from World War II, when the watery soup they supplied was the only food for many people in the west of the country. The Hunger Winter of 1944/1945 had left people desparately hungry. Soup kitchens remained in use for a while after the liberation, until people were able to take care of themselves again.

Nowadays, the word gaarkeuken is no longer in use, but there are voedelbanken (food banks) that supply groceries to people who cannot afford it. Unlike the gaarkeukens, the food in voedselbanken is not prepared. 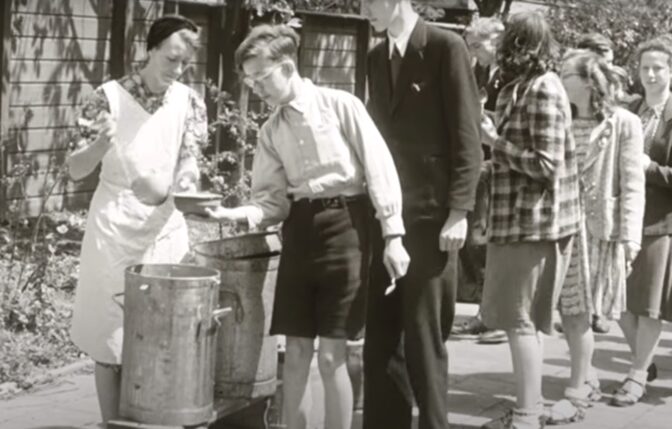 This YouTube video shows a soup kitchen in Amsterdam in 1945, shortly after the liberation.