A markt is a market. During the Middle Ages, the right to hold markets was a seignorial right, granted by the overlord. The right to have a market was often the first step to becoming a chartered town.

Today, many towns have a weekly market on a fixed day of the week. Sometimes, a market has been held on that same day in that town for more than four hundred years.

In addition to the weekly markets, many towns also had a jaarmarkt, an annual market. That would be a major affair, where traders from a wide region would come to sell their wares. It was also a prime opportunity for courting, and many marriages were brokered during the event. 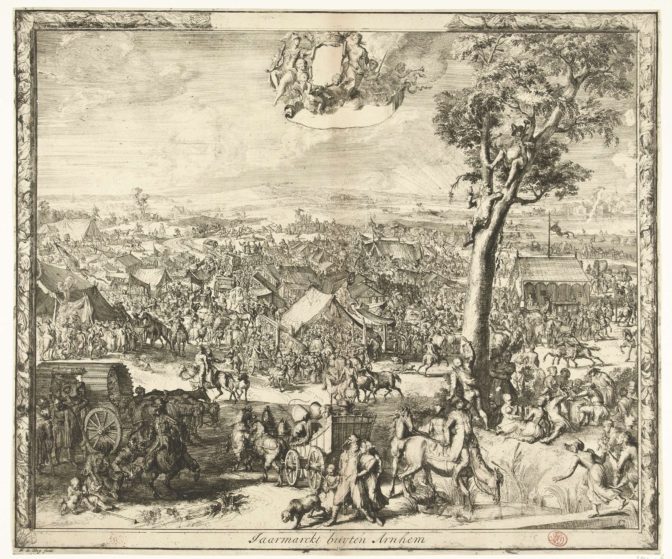