Nedersaksisch is the Dutch word for Low Saxon, a language spoken in the north-east of the Netherlands and across the eastern border in Germany. It has different dialects, including Gronings (in Groningen), Drents (in Drenthe), Twents (east of Overijssel), and Achterhoeks (east of Gelderland). In 1998 it was recognized as an official regional language of the Netherlands, alongside Frisian and Limburgs. Most people who speak Nedersaksisch also speak standard Dutch, though sometimes with an accent.

Until recently, Nedersaksisch was predominantly a spoken language, and rarely appeared in writing. The official records you will come across in these provinces are all in Dutch (or French or Latin, depending on the period and religion).

You may come across Low Saxon words in witness testimonies or if dialect words were used in estate inventories, for example. Letters may also contain dialect words. The website Historische Woordenboeken [Historical Dictionaries] recognizes most of these words and will translate them to modern Dutch. 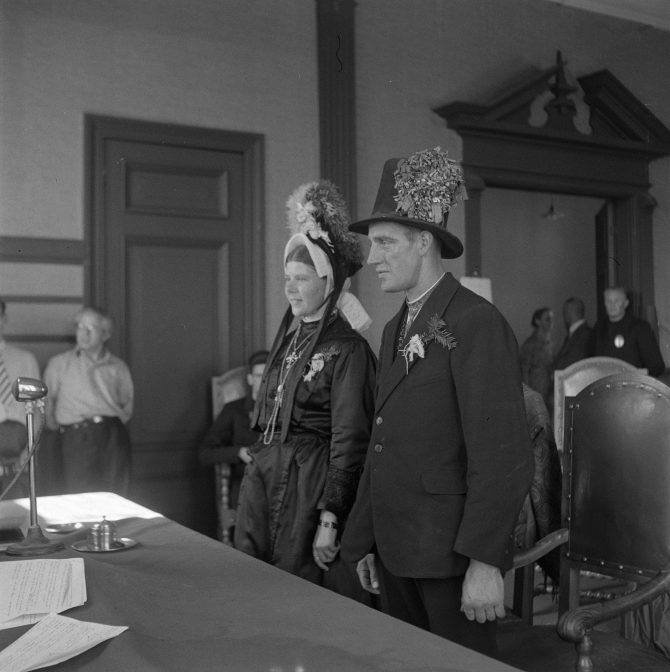