If you are looking at a civil registration record, the last part will identify who signed the record. If any of the people were illiterate or had other reasons not to sign, it would say so.

On 1 May 1858, my ancestors Hubertus van den Biggelaar and Anna Maria Rens were married in Terheijden. The bottom of their marriage record described who signed the record. It was signed (translation) “with the father of the bride and the witnesses, while the parties and the mother of the groom declared not to be able to write because of incompetence.” This means that Hubertus van den Biggelaar, Anna Maria Rens, and her mother Johanna Rens were all unable to write. Hubertus’ father Wouter is the only ancestor in this record who was able to sign his name. The signature shows an unpracticed hand, showing that although Wouter could write his own name, he did not have an extensive education and probably wrote but rarely. 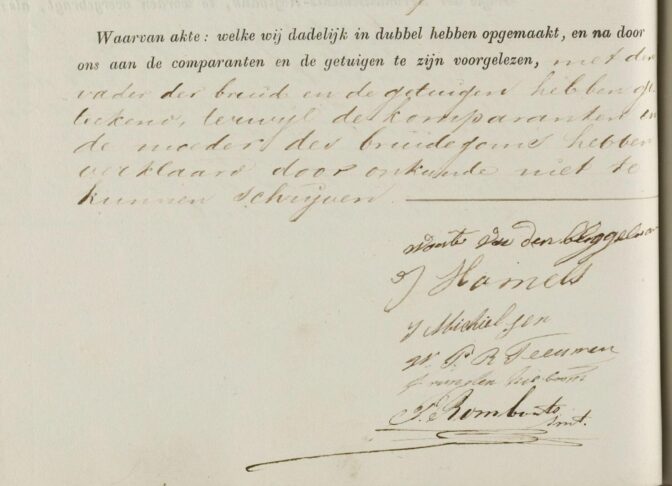