In World War II, pilots and their crew took cloth maps on missions over enemy territory to be able to find their way back in case they wound up behind enemy lines. Cloth maps don’t tear when they get wet or make noise and can be hidden more easily than paper maps. Most of them were made from silk or rayon.

I bought one such map several years ago at an online auction. It had three things that sparked my interest:

The map originally belonged to a B17 tail gunner named Thomas Franklin Osborne. He belonged to the 398th Bomb Group, 600th Squadron, Eighth Air Force. He marked all the missions on the map by circling the towns and dating them. I researched his squadron and the history of their missions. I loved learning more about one of the many men who risked their lives to liberate my country.

The map shows Holland, Belgium, Luxembourg and a large portion of Germany on one side (marked side C) and France and a part of Germany on the other side (side D). All the missions that Thomas Osborne marked on the map were on side C. 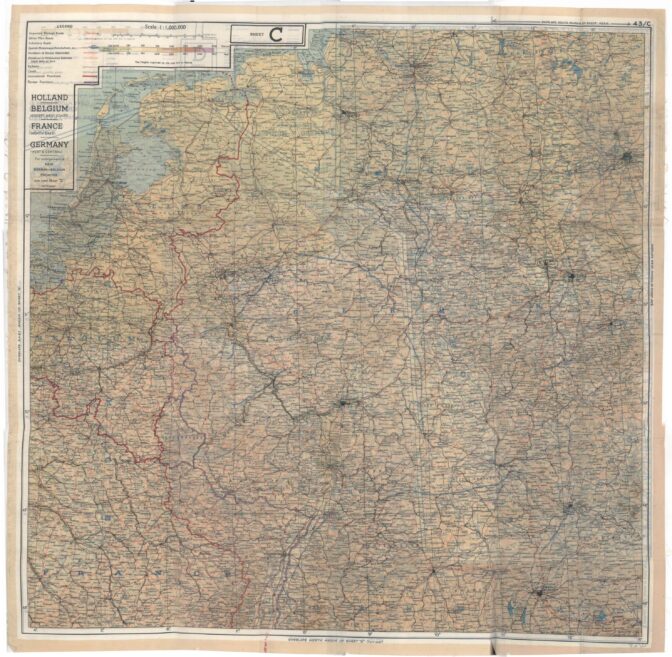 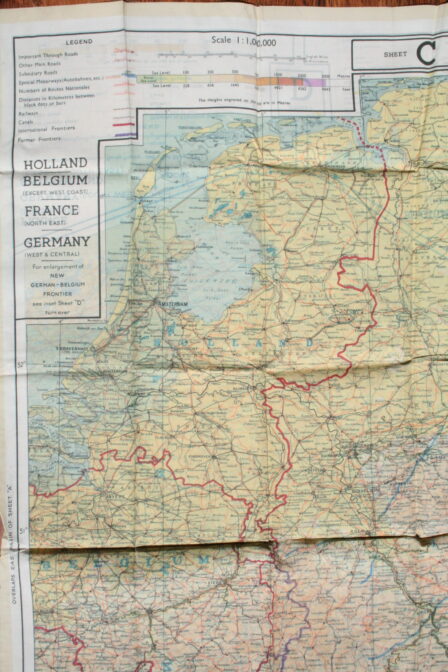 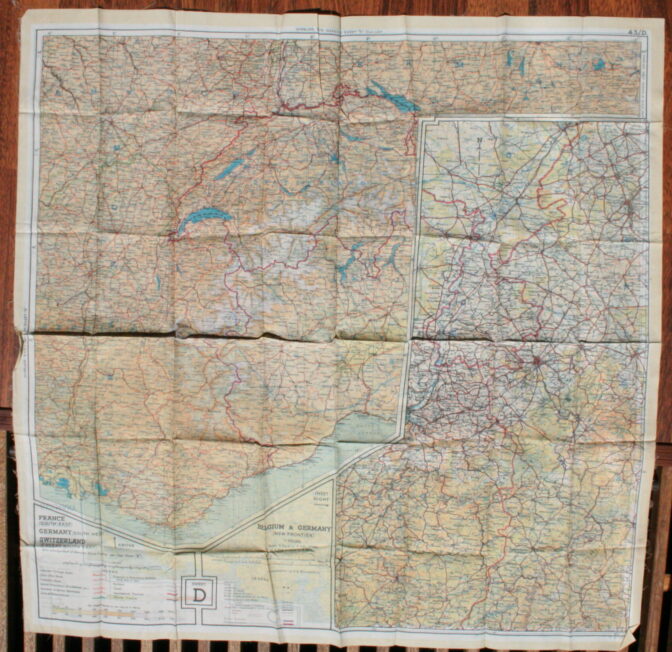 Missions on the map

The map shows the following targets, which I compared to the official target list of the squadron:

The 398th bombardment group was was activated on 1 March 1943 and stationed at Nuthampstead airfield in the United Kingdom. The 398th BG entered combat in May 1944, and attacked strategic targets in the east and south of Germany, like railway stations, warehouses, airfields, and oil refineries. The last mission of the 398th was on 25 April 1945, when they attacked an airfield in Czechoslovakia.

The group consisted of the following squadrons:

The lot I bought at auction includes a photo of the crew of the 600th squadron that the tail gunner who owned the map belonged to. 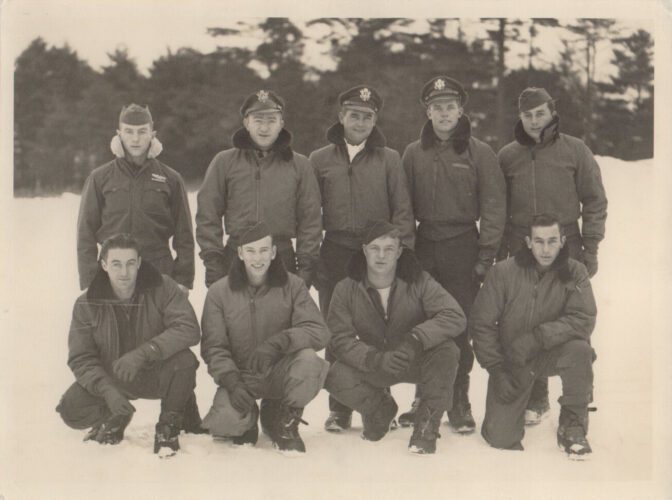 According to Mr. Geoffrey Rice of the 398th bomb group website, this picture was taken on January 1945 at Grenier, New Hampshire, before the crew left for the UK.

Thomas Franklin Osborne was the tail gunner of the crew of pilot James Dean Hill. He was the original owner of the escape map and the one who marked all the missions.

The tail gunner’s job was to protect the rear quarter of the aircraft. Using two .50 caliber machine guns, he fired
upon enemy fighters who came up from behind. He was also responsible for reporting about what happened
behind the plane, since he was the only member of the crew facing backward. He would report about incoming enemy aircraft and the result of the bombings after leaving the target.

Thomas Franklin Osborne (Tom) was born in Astoria, Oregon in 1919. He was the third son of Warren Hugh Osborne and his wife Gertrude E (Brallier) Osborne. Shortly after his birth, the family moved to California where his father found work as a machinist. They first lived in Patterson, where Tom’s only sister, Gertrude E Osborne, was born in 1921. By the 1930s the family had settled in Oakland, CA. 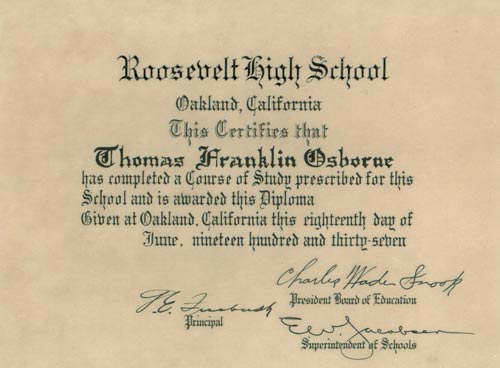 Tom graduated high school in 1937. He joined the Civilian Conservation Corps for almost two years. He started working as as a laborer, using a pick and shovel. He job performance was described as ‘superior’ so it is no wonder he was promoted to assistant leader in bridge construction within the year. He left the CCC in 1938. His high school diploma and CCC papers were sold together with the silk map. 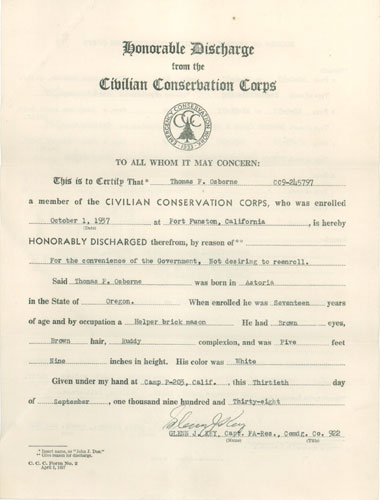 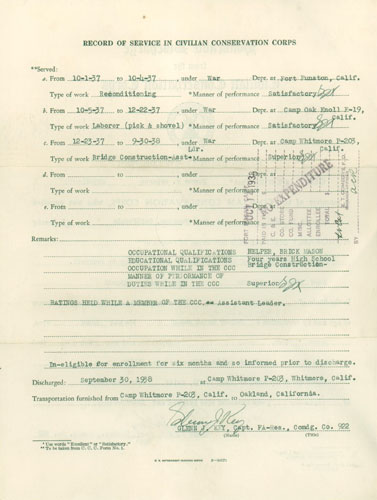 In 1942, his 56-year-old father registered for the draft in the so-called “old man’s draft”.  One year later, on April 6, 1943, Tom enlisted himself. His draft registration shows he was already married at the time. Having a high school education only, he started military life as a private. He was promoted to sergeant in 1945. He joined Lt. James Dean Hill’s crew as a tail gunner in a B-17. He was involved in several missions in the European Theater of operations, all of which he marked on the silk map.

I have not found out if Mr. Osborne has passed away, but given his 1919 birth, that seems likely. If anyone has more information about Mr. Osborne, please let me know.