From 1795 to 1813, the Netherlands was under French rule. As a result, some of the records created in this period were in French. This includes the earliest registers of the civil registration of births, marriages, and deaths.

The civil registration was introduced in 1811 in most parts of the country, and as early as 1794 or 1795 in parts of Zeeland and Limburg. The records for the period up to 1813 are in French. The census taken around 1811 is also in French. 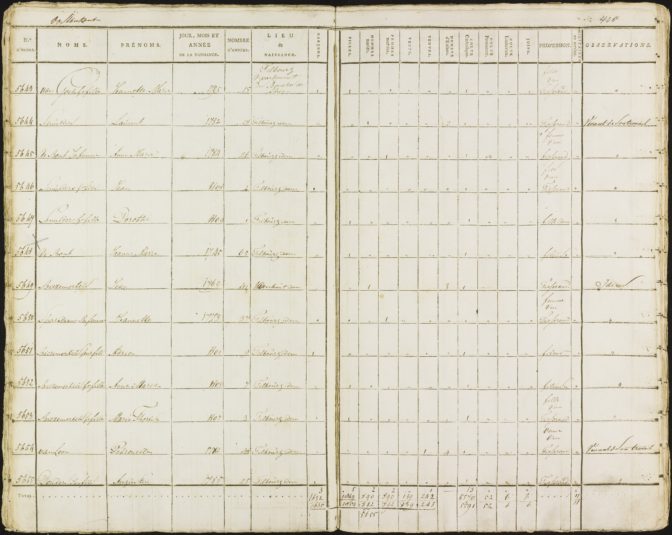