Before the mid 1800s, if you wanted to move to a new place, you had to provide proof that you would not be a liability to the town. You would be required to submit a bond letter to the authorities, wherein the poor administration or civil authorities of your previous town declared that they would take care of you if you became poor. These letters were called “borgbrieven” [bond letters] or “akte van indemniteit” [record of indemnity] and can be a wonderful source of information about migration patterns or even about marriages.

As an example, lets review the bond letter for Andries Lucas Philips Verhaart, who received a bond letter on 29 November 1688 from the overseers of the poor administration in Groot-Zundert regarding his move to Princenhage.1 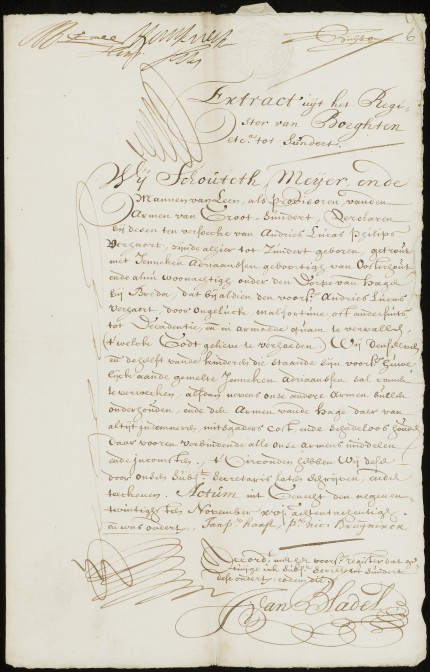 Extract from the register of bonds et cetera in Sundert [Zundert] We “schouteth, meijer ende mannen van leen” [approximately: bailiff, administrator and vassals], as overseers of the poor in Groot-Sundert [Groot-Zundert], declare at the request of Andries Lucas Philips Verhaart, being born here in Zundert, married to Jenneken Adriaansen, born in Oosterhout and currently living under the village of Hage [Princenhage] near Breda, that if said Andries Lucas Verhaert, by accident, misfortune or otherwise, falls into decadence and poverty, which we pray God will prevent, we will support him and half of the children that he shall procreate during his marriage to said Jenneken Adriaansen, along with our other poor, and to indemnify the poor of Hage for said expenses forever, for which we pledge the possessions and income of the poor [administration]. To protocol we have had this recorded by the substitute secretary and signed. Recorded in court on twenty-nine November xvic [16 hundred] eighty eight and signed by Jan Pr. Haast, Pr. Nic. Bruijnincx. I, substitute secretary in Sundert testify that this is in accordance with said register, and signed this the same day. [signed] J van Bladel

The bond letter has many interesting pieces of information: 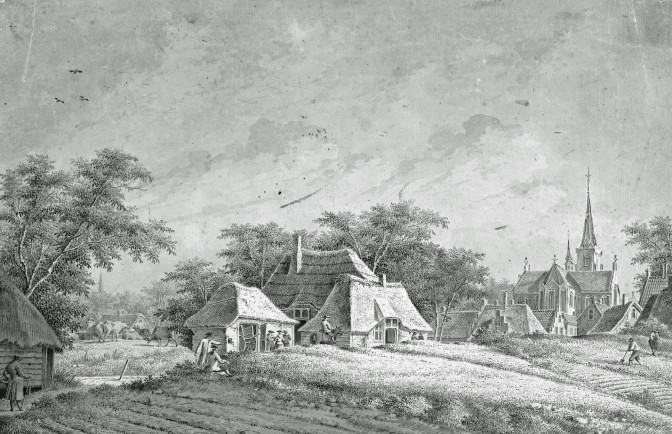 Where to find bond letters

Bond letters are typically found in the administration of the town where a person moved to, either in the administration of the town itself or of the church (if the church took care of the poor). Sometimes, the old town kept copies of outgoing letters too. The records of churches and towns can usually be found in regional archives. Search for the terms borgbrief, borgbrieven or indemniteit in the catalog to find them. Some archives have made bond letters available online in the form of indexes and/of scans, but most have not.