Source – Publication of the banns

In the Netherlands, you have to go in “ondertrouw” before you get married. This means that the banns are read, giving everyone in the community a chance to object to the marriage.

In the period before the introduction of the civil registration, church records are the most important source of vital information. Many churches recorded the banns rather than the marriage. They recorded when the couple registered the banns, and sometimes noted the marriage announcements on three different times, usually on consecutive Sundays. The marriage was usually performed immediately after the third proclamation.

Banns registers from before 1811 can usually be found at the provincial archives of the province where the church was located. Many of them are available on FamilySearch, with easy waypoints available at Geneal-IX. 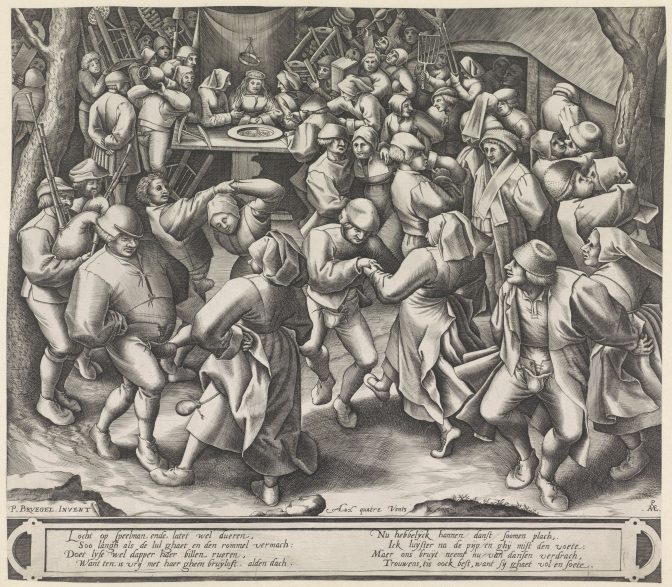 Contents of the marriage banns

At a minimum, the registration of the banns provide the following information:

The records may have other information, such as:

On rare occasions, you will find a note that the banns were halted as a result of an objection. In that case, it is worthwhile to check the church council minutes to see if they discussed the situation, or to check court records to see if there was a suit filed against one of the parties. 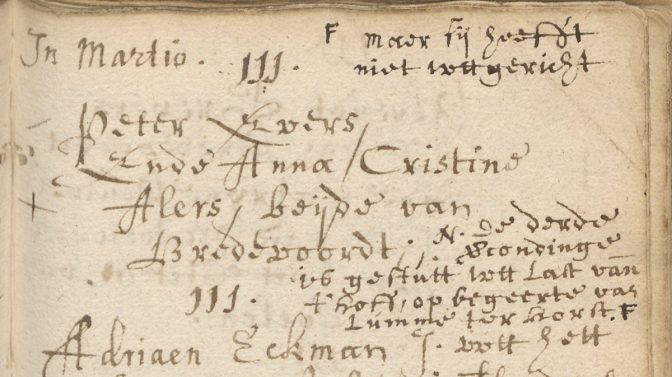 Peter Evers and Anna Cristine Alers had banns published in Bredevoort in March 1663. The record provides the following information:

In March:
III
Peter Evers and Anna Cristine Alers, both from Bredevoort.

[note in margin]
The third proclamation was halted by order of the court, at the request of Lumme ter Horst.

[second note]
but she failed to achieve her purpose.1

This record shows that Peter Evers and Anna Cristine Alers from Bredevoort had banns published in Bredevoort in March 1663. At the third proclamation, the court ordered the minister to stop reading the banns, at the request of Lumme ter Horst. The second note shows that the request failed. The triple marks (III) show that all proclamations were successful.

In this case, the third tick mark acts as the marriage record; the Bredevoort church did not keep a seperate registration of the marriages.

So what happened? Why did Lumme want to stop the banns?

The record gives us a clue where we can find out more information: the court records. In the case of marriages, the provincial Court of Gelderland had jurisdiction. When we look in the civil case files, we find a case for Lumme ter Horst versus Peter Evers, where she sues him for breach of promise.

The court case describes how Lumme was seduced by Peter Evers in the garden of the minister she was working for, lured by promise of marriage, and had had an illegitimate child the year before. At the time of her objection to Peter’s marriage, she was pregnant with her second illegitimate child, and again identified Peter Everts as the father. She sued him for breach of promise, since she felt that she was engaged to him and therefore could not marry another.2

The sentence of the case has not been preserved, but the marriage record of Peter Evers shows that Lumme’s opposition failed, so the court must have found in his favor. In a time before DNA testing, it would have been a matter of her word against his. Since she was a poor servant and he belonged to a prominent family in Bredevoort, it is easy to see how the case could have gone in his favor.

Objections to the marriage proclamations are rare, but when we do find them they are worth following up, to get an insight into the lives of our ancestors.