A staking is a strike.

Local strikes have been documented since the sixteenth century. Strikes became more common in the twentieth century, when workers were becoming organized. Major strikes include: 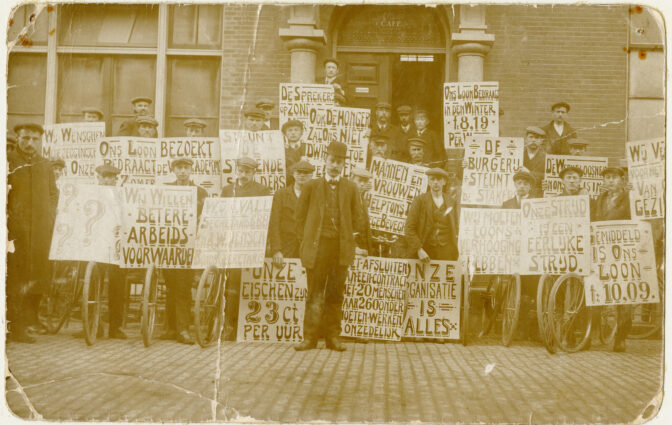