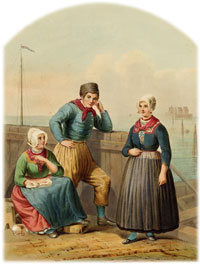 Flevoland is the youngest province of the Netherlands and consists almost entirely of land reclaimed from the sea. It borders on Friesland and Overijssel in the east, Gelderland and Utrecht in the south, Noord-Holland and the IJsselmeer in the west and the IJsselmeer in the north.The capital city of Flevoland is Lelystad. Other larger towns are:AlmereDrontenEmmeloord … END_OF_DOCUMENT_TOKEN_TO_BE_REPLACED

Filed Under: Geography Tagged With: Flevoland