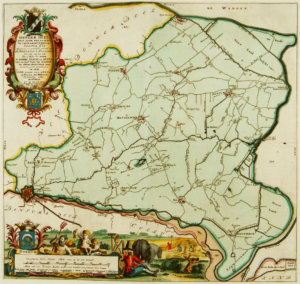 A grietenij is a municipality. The term is mainly used in Friesland. In 1851, it was changed to gemeente, the common Dutch word for municipality. In parts of Groningen, the term grietenij was also used to refer to the local courts. A grietenij was led by the grietman, whose function was similar to that of a mayor. … END_OF_DOCUMENT_TOKEN_TO_BE_REPLACED 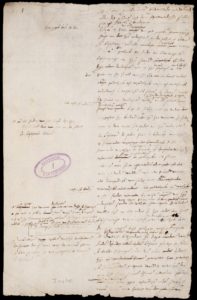 The Plakkaat van Verlatinghe was the act whereby the Estates General of the Netherlands abjured their overlord, King Philip II of Spain, on 26 July 1581. This record is considered to be the birth record of the country of the Netherlands, similar to the Declaration of Independence in the United States. The original is in Spanish hands, as it was sent to the King. A draft version on display at the Nationaal Archief, the National Archives of the Netherlands and available online. … END_OF_DOCUMENT_TOKEN_TO_BE_REPLACED 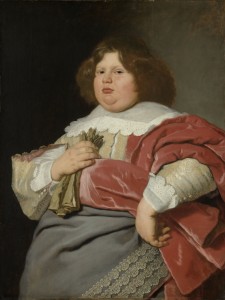 A drost or drossaard was a sheriff, someone who governed a region or town on behalf of the landlord. Some drosten required their subjects to provide special services to him, like feed his horse or do chores twice a year. These were sometimes called drostendiensten (sheriff's services). These services were a relict of feudal regulation in the Middle Ages and were abolished after the French occupation in 1795. … END_OF_DOCUMENT_TOKEN_TO_BE_REPLACED