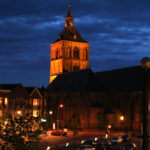 A feestdag (literally: feast day) is a holiday. Traditionally, feestdagen played an important role in our ancestors' lives, and not just the ones many of us know today like Christmas and Easter. Roman Catholic churches had patron saints. The holidays associated with these saints often remained important days for the town, even after the … END_OF_DOCUMENT_TOKEN_TO_BE_REPLACED 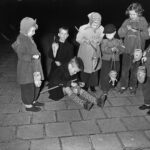 11 November is the feast day of Sint Maarten (Saint Martin). In some parts of the Netherlands, children go door-to-door holding night lights and singing songs. The neighbors would then give them treats. … END_OF_DOCUMENT_TOKEN_TO_BE_REPLACED 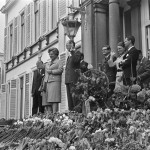 A koning is a king and a koningin is a queen. The Netherlands has been a monarchy since 1806, when Napoleon crowned his brother Lodewijk Napoleon as King of what was then called the Kingdom of Holland. In 1815, after the French had been defeated, King Willem I of the House of Orange was inaugurated as the first King of the Netherlands. The … END_OF_DOCUMENT_TOKEN_TO_BE_REPLACED