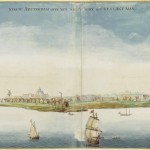 In the 17th century, the Dutch had a colony in the New World that they called Nieuw Nederland (New Netherland). The colonists came from the Netherlands and many other places throughout Europe. Many people with early American roots have New Netherland ancestors.  This guide will give you references to resources to help you trace your New Netherland … END_OF_DOCUMENT_TOKEN_TO_BE_REPLACED 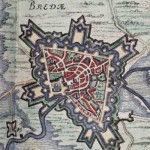 Adriaen van der Donck has been described as one of the first true Americans: a man with more loyalty for his new country than his old. After obtaining a law degree, he left for the New Netherlands in 1641 to help establish law and order in the colony. At this time, the colony was under the leadership of the Dutch West Indies Company who appointed a … END_OF_DOCUMENT_TOKEN_TO_BE_REPLACED