Quick tip – Was that lost record transcribed or indexed? 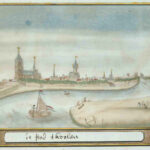 Some parts of the Netherlands, especially Zeeland, suffered heavy record loss during World War II. Church records and court records may have been lost as a result. Most civil registration records survive, because duplicates were made of those at the time of creation, and both copies were in different locations. Before World War II, some people … END_OF_DOCUMENT_TOKEN_TO_BE_REPLACED 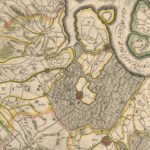 To celebrate 1,000 likes of Dutch Genealogy Services on Facebook, likers were invited to ask a research question for a free consultation. Some could quickly be answered on Facebook. Eric Schmidt asked a question that some of you may struggle with as well, so I thought I'd answer it in more detail. Eric asked: For years this is my brick wall … END_OF_DOCUMENT_TOKEN_TO_BE_REPLACED