Ten Trends in a Decade of Dutch Genealogy

As we are nearing the end of the 2010s, I thought it would be nice to look back on the past ten years to see how much genealogy in the Netherlands has changed.

At the start of the decade, many archives had indexes online but often without scans. The drop in prices for scans and storage have caused a great boost to online availability of records. Most archives in the Netherlands have digitized their most popular collections, which typically include the civil registration records of births, marriages, and deaths, church records of baptisms, marriages, and burials, and population registers. Over the past several years, other types of records such as town records, notarial records, and court records have been scanned by many archives as well.

Entry for death duties of Willem van Wijfliet in a guild archive. Just one example of the lovely records that can now be found online.

Indexing has continued throughout the decade, but the type of indexers has changed. It used to be that archives had a group of volunteers that would come to the archives to index records, under the guidance of employees. Nowadays, most indexing is done via crowd sourcing platforms such as Vele Handen (Many Hands) where volunteers work from home.

The amount of indexing done by online volunteers is just mind-blowing. For example, volunteers have already indexed almost 400,000 Amsterdam notarial records. These provide a wealth of information, not just for people who lived in Amsterdam, but also people who left from there to other countries and colonies and who traded with people in Amsterdam.

The past decade saw a shift in policy. At the start of this decade, it was common for archives to ask a fee for scans or a usage fee to publish information.  Heritage data is now seen as a valuable asset that can stimulate the economy if people can access it freely. The Wet Gebruik Overheidsinformatie (Law for Re-use of Government Information) ensured that government information is available for re-use. Archives have decided that information that is already digitized is available for free. Archives also have to provide their information as open data.

This has allowed others to build innovative services around the existing government data. The best example is Open Archives by Bob Coret, a free website that provides access to genealogical records in the Netherlands. A collaboration with MyHeritage has made that information available to MyHeritage users as well, allowing more people to easily use original records in their research.

In 2010, many archives were still working on converting their existing catalogs to a standardized format to be able to put them online. By the end of the decade, most archives have finished this enormous task. Catalogs of many archives in the Netherlands can now be consulted on their own websites, or via Archives Portal Europe.

Having catalogs available in a standardized form is the basis of several more advanced services, like online reservations or scanning on demand. 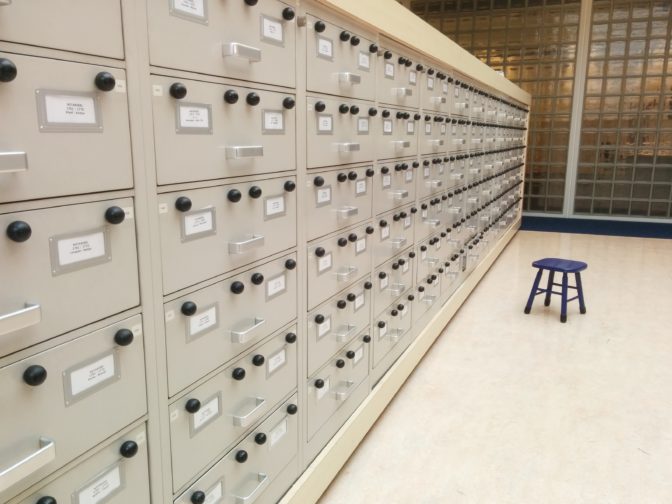 In the past couple of years, several of the larger archives in the Netherlands have pioneered with scanning-on-demand services, often for free. You can browse the archival descriptions in the catalogs and if you see a record of interest, you can click a button and it will be scanned for you. It is usually available within a few weeks.

Many genealogists now find each other on social media. There are Facebook groups for Dutch Genealogy, research in specific provinces, or historical societies. People on Twitter participate in #genchat or #AncestryHour to meet like-minded people. Instagram shows us where our genealogy buddies are hanging out. Social media has become a great way to get research tips and collaborate with others.

A side-effect to providing access to records online instead of in the reading room is that users cannot simply walk up to the archivist in the reading room to ask for help. Several archives are bridging that gap by being present on social media and providing chat services. Most archives in the Netherlands can be found on Facebook, Twitter, Instagram, WhatsApp, and other platforms. On the websites of several archives, you can click a chat button to start a live chat with an archivist that will answer your questions. These people know their collections and can tell you where to look. 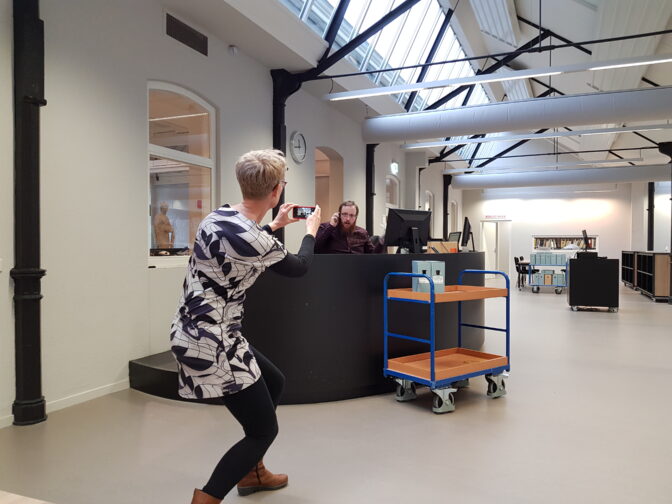 Employee at Tilburg Regional Archives photographing a colleague for use on social media. Photo by author.

The past decade has seen the demise of several smaller archives. The online possibilities have lessened the need for many small archives in each community. Municipalities often choose to bundle their resources and collaborate in regional historical centers. As a user of archives, this can mean you have to travel farther if you want to do onsite research, but it has increased the online availability of records and services.

After I quit my job five years ago to do genealogy full-time, I spent about one day per week going to archives throughout the country to do on-site research for clients. In 2019, I only did client research on-site for a total of four days. So much of the research can be done online now, either in records that are already digitized, or that can be ordered via scanning on demand. It has made my work more efficient, though also more lonely. Most of my interactions with other researchers are now online. If I do have to do on-site research, the online catalogs make it easy to know exactly what I need so I can create a detailed research plan and get everything in one visit. 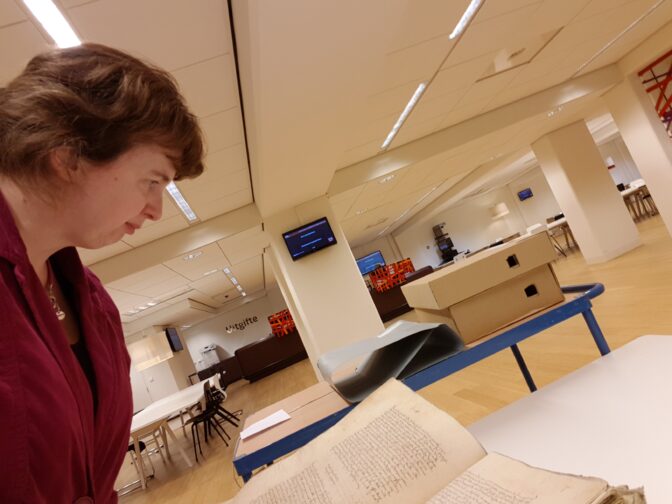 Yvette in the archives. Selfie by Yvette Hoitink.

The EU’s new privacy law, the General Data Protection Requirement, has limited the ability to share information about living people. This includes people that appear in records kept by archives.

The problem with these records is that the archives often don’t know whether a person in their records is still alive. As a result, many records that might include people born less than 110 years ago have become closed to the public. Some archives are now using indexes to determine which parts of records can be provided to the public without the risk of exposing information about living people.

Initially, DNA testing did not take off in the Netherlands, but over the past couple of years it has become more popular. Most Dutch people test at MyHeritage, though some also test at Ancestry, FamilyTreeDNA, or 23andMe. To maximize your chance of Dutch matches, it’s best to fish in all ponds.

As we’re nearing the end of this decade, I can already predict what the big trend will be for the next decade. In the past two years, research projects have shown great potential for handwritten text recognition to improve access to records. Several Dutch archives are using the Transkribus software to train computers to recognize handwritten text and turn it into machine-readable text. I’ve seen stunning examples from the Amsterdam City Archives and National Archives in The Hague.

This will be a game-changer. Scanning can be done so much more quickly than indexing or transcribing, which now requires skilled humans. If we can let the computer turn the images into machine-readable text, we can do full-text searching. Machine learning technology can be used to extract meaning, such as identifying names, classifying the different types of records, and determining the dates and places. They could also find people who are not normally indexed, such as neighbors or witnesses.

Making all these records searchable will allow us to discover records we never realized might exist. We may have assumed our ancestors left few records, but we may be surprised to see how often they appear in other people’s records.

Filed Under: Blog Tagged With: trends