Quick tip – the meaning of Holland

If you see “Holland” in a published source, like a book or an online tree, chances are that the person means the country of the Netherlands.

If you see “Holland” in a Dutch record prior to 1840, Holland refers to the province by that name, in the west of the Netherlands. In 1840, the province was split into Noord-Holland and Zuid-Holland.

As the most prosperous province and the center of international trade, the province overshadowed the other provinces; so much so that its name became synonymous with the country. Kind of like people calling Great-Britain “England.”

Next time you find a source that says your ancestor is from “Holland,” check if they meant the province or the country, so you know where to look. 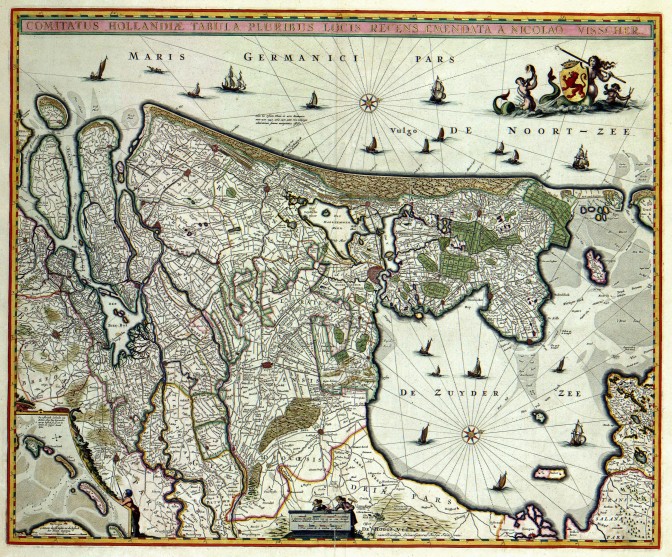 Map of Holland (the province), with the north to the right. Nicolaas Visscher, 1682 (public domain)