Three Things I Learned About DNA at WDYTYA Live

Last week, during Who Do You Think You Are? Live! in London, I attended a DNA workshop about Autosomal DNA. Autosomal DNA is the DNA on your non-sex chromomes (22 pairs). I have done autosomal testing with FamilyTreeDNA and 23andme and am always looking for information that helps me to interpret the results. Here are three things that I learned. 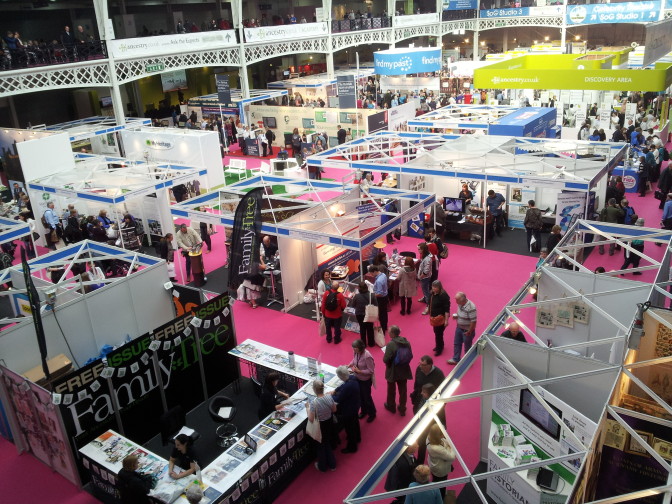 1. You need much larger segments than I thought

If your DNA overlaps with another person who tested, you can see how long your matching segments are. Very short segments are usually just a coincidence (called Identical By State, or IBS) while longer segments are indicative of a common ancestor (Identical By Descent, or IBD).  Chromosomes are measured in centimorgans (cM). I had previously heard that 7 cM was the length of shared DNA that indicated a common ancestor.

Most of my matches are in the 7-10 cM range. Some of them made no sense to me, like a match that is 100% Polish while I’m 99% Dutch. With this new knowledge, I realize that my matching him was probably just a coincidence. I will focus my efforts on the few matches I have that are at 9 cM or above so there is an 80% or higher chance of us having a shared ancestor from whom we both inherited the same segment.

2. The relationship may be much more distant than predicted

When you receive your results, each match will not only show the length of DNA you share, but also have a predicted relationship. I knew that this was just an estimate, based on statistics. During the presentation I learned that a predicted 5th cousin could in reality be a 3rd or 4th cousin (15% chance) or a 6th to 8th cousin (50% chance). There’s even a 5% chance that the relationship is a 9th cousin or more distant! Only in 30% of the cases, will a predicted 5th cousin really be a 5th cousin.

Being 9th cousins means you share an ancestor in generation 11 if you count yourself as generation 1. At generation 11, I have found about 80% of my ancestors. Unfortunately, most of my matches have many more mystery lines. Most have hardly traced any lines back that far. If our common ancestor is in generation 11, there is only a small chance that this ancestor will already be in both our trees. This will make it hard to find the common ancestor although it may be possible to find a shared place of origin. At least that will give us some idea whether it is plausible that we share an ancestor further back.

3. How to interpret matches that don’t match your parent

My mother and I both took an autosomal DNA-test and naturally share many matches. There are also many people who match me but not my mother. The obvious conclusion would be that they would match my father, who has not been tested. Since my father’s ancestors all come from the same region (the eastern part of the Achterhoek in Gelderland), and I have no mystery lines on his side in the first ten generations, that would mean that these matches would have to have ancestors from the Achterhoek. This was a very closed and endogamous community where hardly any outsiders settled since the Middle Ages. Thousands of people emigrated to the US from this region in the 19th century, so it is not a surprise that I would have many matches from my father’s side.

However, I have found several people who match me and not my mom but who do not have any ancestors that could have come from the Achterhoek. Some of them will come from the British Isles, some will have early New Netherland roots but nothing more recent. I wondered if there could be a fluke, that these people did match my mother after all but did not show up because of some no-calls (missing data points in the results). She has some cousins emigrating to New Netherland in the 17th century. I asked a question about this, and the presenter explained that if the match shares a large segment (>15 cM) with me, than not matching my mother definitely means the match is on my father’s side.

Looking again at these unexplained matches, I noticed that most of them are nowhere near the 15 cM range, but in the 7-10 cM range. I now think they might be Identical By State, rather than actual cousins (see the first point).

I really enjoyed the presentation and believe it will save me from a lot of wild goose chases. Thank you FamilyTreeDNA, for sponsoring these workshops!