A vroedvrouw was a midwife. There were also vroedmeesters, doctors specialized in helping women deliver children.

The midwife was responsible for more than just seeing the mother and the child safely through the birth. In the case of an unwed mother, she was also urged to press the mother into revealing the name of the father of her child. It was believed that no woman would lie in childbirth. She would know that she could meet her maker at any minute and would have to account for her sins. If a woman named a man as the father of her child while giving birth, this carried great weight in a paternity suit or with the church authorities. The man could be censored and possibly required to pay child support, compensation for ‘defloration’ of the mother and the cost of the labor, or marry the mother.

As a person who was present at the birth, the midwife was also one of the persons who could report about the birth of a child after the introduction of the civil registration in 1811. When you see a midwife as the informant of a birth record, you should check to see if a father was mentioned. Just because a midwife registered the birth, doesn’t mean that the child was illegitimate. The father could also have been ill, or away on business or in prison. 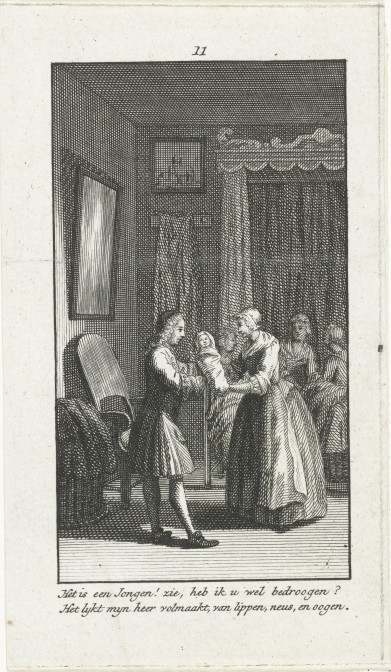