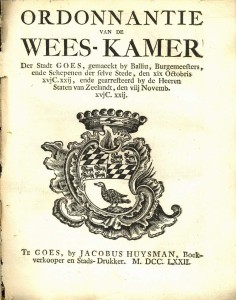 A weeskamer is the orphan chamber, a government body responsible for overseeing the administration of the estates of (half) orphans. Weeskamers should not be confused with orphanages: they did not take care of the orphans, just the administration of the estates.
Weeskamers existed in most parts of the Netherlands until 1810. After 1810, their tasks were taken over by the court. They also existed in Dutch colonies, like New Amsterdam (present-day New York).

Tasks of the orphan chamber

After a parent died, the Weeskamer oversaw that a guardian was appointed. The first task of the guardian was to create an inventory of the estate that was left behind to determine the inheritance that the orphan was entitled to. The surviving spouse could pay the orphans their share and settle the inheritance, or could administer the estate until the children became of age (usually at age 25 for boys and 20 for girls). At that time, the guardian would submit a final settlement that showed how the estate had been divided. 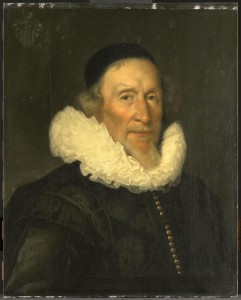 Weeskamer records can be a great source of information about family relationships, often giving the names and ages of the children. Administrators and guardians were often close relatives and sometimes the estate included shares in inheritances of previous generations. The inventories also provide an insight into the material wealth of our ancestors.
My favorite Weeskamer record find is an 18th century inventory of one of my ancestors that showed she owned two tea sets. I am a great lover of tea so perhaps I inherited that from her. Too bad I did not inherit her tea set too!