Why are the Dutch so tall?

When I visited Salt Lake City earlier this year, I was once again reminded that the Dutch are the tallest people on earth. At 1.75m (5’9″), I’m a bit above average height for a woman in the Netherlands, but in the US I was taller than most men and women. Here in the Netherlands, almost all of my male friends and some of my female friends are over 6′ tall. At 6’5″, my husband is considered to be tall, but not unusually so.

So why are the Dutch so tall? In the video, one scientist suggests that the Dutch had more catching up to do; that their genetic disposition allowed them to be taller than they actually were 150 years ago. However, that does not explain my own findings.

My father’s family is from Winterswijk, a village in the Achterhoek region of Gelderland. Between 1840 and 1920, about 6,000 people emigrated from that area. Most of them settled in the United States, the majority in Clymer, Chautauqua county, New York and in the villages of Cedar Grove and Oostburg in Sheboygan county, Wisconsin.

In 1997, I visited these three Dutch settlements. Ethnically, these people were Dutch. Many current residents of these towns were third to fifth generation Americans, but still 100% Dutch. And guess what? They were a lot shorter than their Dutch cousins from the villages their ancestors left in the nineteenth century. Again, I was one of the taller people there, taller than almost all women and taller than most men. I estimate that the people were at least 10cm or 4″ shorter on average than their Dutch cousins. 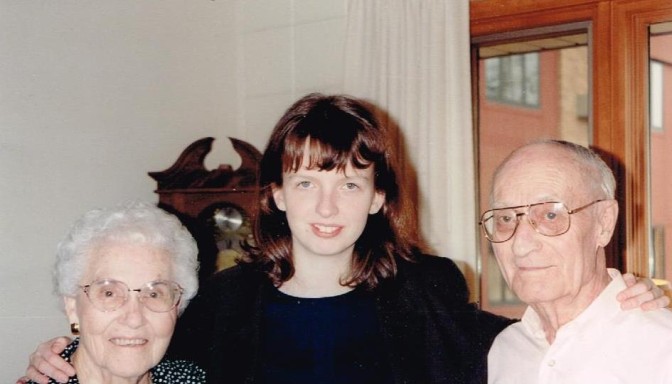 Genetically, there should be no difference between the Dutch people and their American cousins, since their ancestors came from the same villages. So how come that the Dutch Americans are so much shorter than their Dutch cousins?

Another explanation suggested in the video is that the Dutch have a high dairy diet, since we drink a lot of milk and eat a lot of cheese. But Wisconsinites are cheeseheads too, so that doesn’t seem to explain it either.

Could it be lifestyle? McDonalds versus Bakker Bart? Could it be that we are fitter because we cycle and walk more? Or could it be that Dutch Americans descend from the poorest people, who saw no other option than to emigrate, and that people with the “tall genes” were more likely to succeed and did not have to emigrate?  I do not have the answer but find it intriguing.