Worst case of pedigree collapse ever?

My father’s side of the family comes from a small village in the east of Gelderland called Winterswijk. Because so many of his ancestors came from that place, I am reconstructing its entire population. Doing such a one-place-study has given me a deeper understanding of life in that village and allowed me to make some interesting discoveries and observations along the way.

One of the families I am researching, the Roerdinks, belonged to the farmer elite of Winterswijk in the 19th century. From the late Middle Ages until the end of the 18th century, the Roerdinks were serfs of the Lord of Bredevoort. As serfs, their rents were fixed so when farming methods improved, serfs had to pay a relatively small share of the harvest compared to tenant farmers. When serfs were gradually given more freedoms, they could use the surplus to buy property. Feudal laws ensured their farms were never divided but passed intact to the next generation, making these the most prosperous farms in the neighborhood. In 1795, serfdom was abolished by the French. The serfs were given the farms that they lived on, instantly making them the wealthiest property owners in the area. 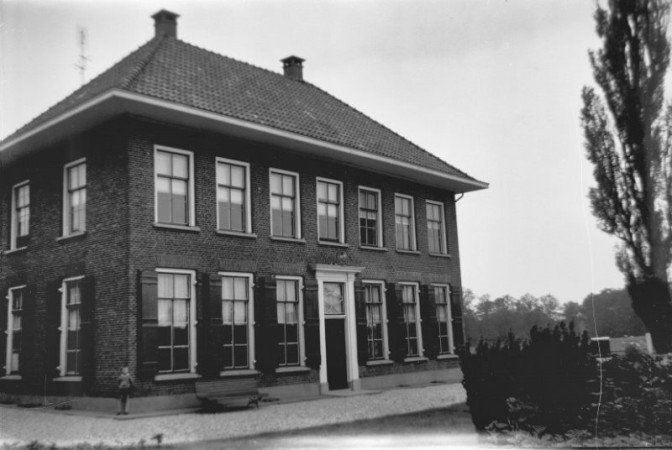 To keep all of this property within the family, it was convenient to marry a cousin. Marrying a first cousin required a dispensation from the Court of Gelderland and later from the King, but this was routinely granted.

When cousins marry, you get pedigree collapse: instead of having all different ancestors, the same couple appears more than once in your pedigree. First cousins share a pair of grandparents, for example, so any children they have will show one pair of great-grand-parents ‘repeated’ in their pedigree.

The person with the highest case of pedigree collapse that I have ever seen is Engelberta Harmina Roerdink, born in 1850. Her parents, Engelbartus Roerdink and Harmina Engelberta Roerdink, were first cousins twice over: Engelbartus’ father was a brother to Harmina’s mother and his mother was a sister to his wife’s father. To make matters worse, these two brother-sister pairs were themselves first cousins, as can be seen in the following diagram. 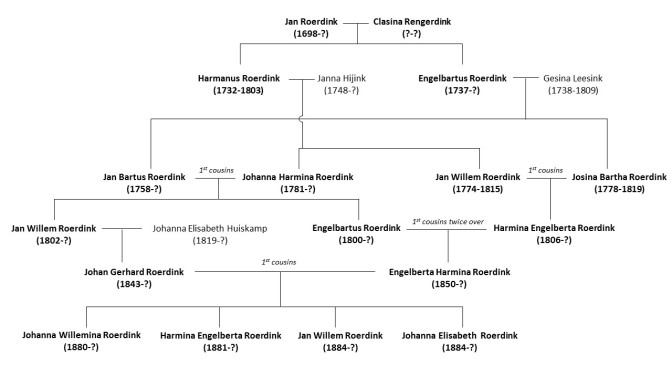 Do you have cousins marrying cousins in your own family? What reasons might they have had to marry their kin? What is the ‘worst’ case of pedigree collapse you’ve found in your own research?