A few weeks ago, I wrote about two tenancy contracts that showed that the Ten Haken farm in Winterswijk was in the family for three generations of tenants. As a result, reader Gerrit Stemerdink shared the story of his Wieberdink ancestors with me. They were tenants of the Wieberdink farm for more than two centuries. The following is an adaptation of the information he provided. 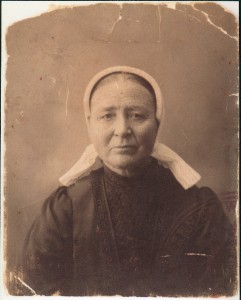 Gerrit’s great-grandfather Berend Willem Stemerdink was married to Christina Wieberdink (1861-1930). The Wieberdink farm in the Brinkheurne hamlet in the parish of Winterswijk had been occupied by Wieberdinks for as long as people can remember.

Originally, the farm belonged to the noble Graes family. In 1737, the Graes family donated the farm to the church, to provide income for the poor relief. The tenancy contracts remained in place and the Wieberdink family remained on the farm.

Successive generations of Wieberdinks kept working the farm until Christina’s father died in 1867 while she was a minor. Her mother remarried some time later and they became the new tenants.

Years later, Christina tried to obtain the tenancy for herself, since she felt that it was her right as the sole heir  of her father. The church disagreed. At that time, Christina had copies made of the tenancy contracts by the Provincial archives, which are now in Gerrit Stemerdink’s  possession. 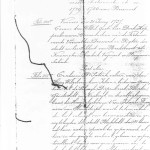 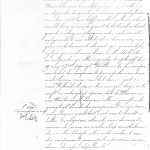 I think this story shows how much tenants were connected to their farms, even if they did not own it. Generations of the same family often worked these farms, to the point that the next generation felt it as their right to continue working the farm.

Thank you, Gerrit, for sharing your family’s story with us!