Your brick wall ancestor might be somebody who did not use a surname but went by patronymic only. He might be Leendert Pieters (son of Pieter), Jan Hendricks (son of Hendrick), or Claes Huijgens (son of Huijg or Hugo). The patronymic indicates the name of the father.

It is a best practice in Dutch genealogy not to add another generation with just a first name. We only do that if we have found an independent record where the father appears in and if you’ve proven the connection to the son or daughter. If you haven’t found at least one record that mentions the father, you don’t know enough about him to add him as an individual in your database.

There’s another reason why it’s a bad practice to add people just based on a patronymic of their children. On occasion, the patronymic does not reflect the first name of the father. This is typically the case when the child is named after another person by their first name and patronymic. For example, if little Jan is a son of Pieter Claes and named after his deceased maternal grandfather Jan Hendricks, he may be called Jan Hendricks instead of Jan Pieters to perpetuate his grandfather’s name. Adding a Hendrick to your database as Jan’s father would be incorrect. 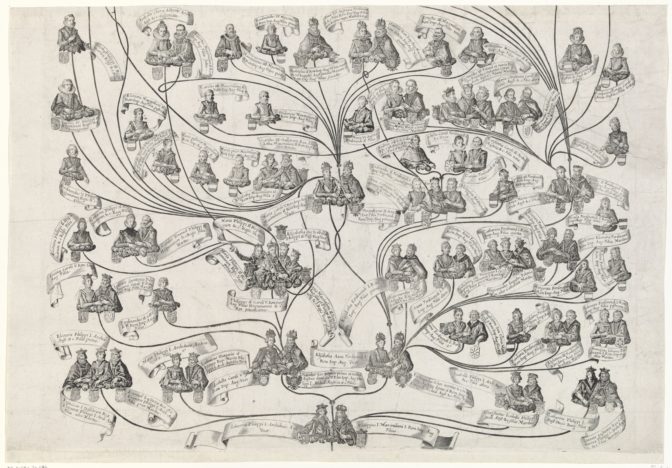