Eight Dutch Naming Patterns to Watch Out For

Before 1811, in some parts of the Netherlands, people went by patronymics only. These are names derived from the father's name, like Jansen = son of Jan and Pietersen = son of Pieter. Let's say we have a baptismal record mentioning a child named Dirk, son of Jan Pietersen. No last name or patronymic was indicated for Dirk. His father would be indexed as Jan Pietersen, but Dirk himself could be indexed in a genealogical database three different ways: Dirk [no last name] Dirk Jansen … END_OF_DOCUMENT_TOKEN_TO_BE_REPLACED

Quick tip – Patronymics May Not Be Easy to Recognize 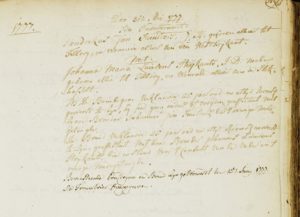 Sometimes it's hard to see the difference between a patronymic and a middle name. One of my ancestors, Hendrik Jan Smulders was called "Jan" because his father was named Jan. At that time, people in Tilburg didn't use a genitive form to indicate patronymics so it's difficult to see if "Jan" is a middle name or a patronymic. In other regions and times, the name might have been Jans, Jansen, Janssen, Janse, or Jansse, which more clearly define it as a patronymic. Another situation where a … END_OF_DOCUMENT_TOKEN_TO_BE_REPLACED

If you're researching a family with a name like Jansen, Zwiers, or Pieterse, at one point you will find the original person for whom the name was not a hereditary last name but a patronymic derived from the father's name. My mother's name is Marijnissen. As a beginning genealogist, it took me a while to realize that the father of her brick wall ancestor wasn't called Marijnissen but had Marijnis as a first name. I found his father as Marinus Peeters. When dealing with such names before … END_OF_DOCUMENT_TOKEN_TO_BE_REPLACED

Quick tip – Hiding under another name 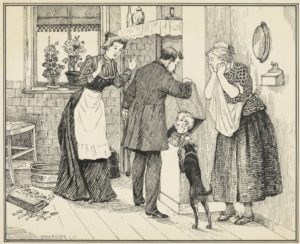 If your ancestors were from a small town and you can't find their parents, perhaps they're hiding under another name. There wasn't a great influx of new people in a small town, so don't automatically assume that people came from elsewhere if you can't find them. They could be hiding under a different farm name, or their last name could be a patronymic referring to the first name rather than the last name of the father. Or maybe they were the first in their family to use that particular name … END_OF_DOCUMENT_TOKEN_TO_BE_REPLACED 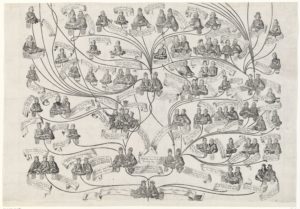 Your brick wall ancestor might be somebody who did not use a surname but went by patronymic only. He might be Leendert Pieters (son of Pieter), Jan Hendricks (son of Hendrick), or Claes Huijgens (son of Huijg or Hugo). The patronymic indicates the name of the father. It is a best practice in Dutch genealogy not to add another generation with just a first name. We only do that if we have found an independent record where the father appears in and if you've proven the connection to the son or … END_OF_DOCUMENT_TOKEN_TO_BE_REPLACED

How to Record Prefixes and Patronymics Dutch names often have prefixes like Van der, De, and Ter; and patronymics like Jans (son of Jan) or Pietersen (son of Pieter). Dutch genealogy programs have separate fields for prefixes and patronymics but most international programs do not. So where do you enter these name parts in a genealogy program that only has fields for First name and Last name? My solution Here is how I handle it: I put prefixes in the Last name field, uncapitalized. For people who do not use a last name, … END_OF_DOCUMENT_TOKEN_TO_BE_REPLACED

Quick tip – Was that last name a patronymic?

If the last name of your ancestor ends in -s, -se, -sen, or -en, it could originally have been a patronymic; a name derived from the name of the father. Common examples are Jansen [son of Jan], Pieters [son of Pieter] or Cornelissen [son of Cornelis]. Other names are more difficult to recognize as a patronymic, such as "Flooren" [son of Floris], "Dielen" [son of Egidius], or Celen [son of Marcel]. Patronymics were common in most parts of the Netherlands. In the northern provinces, most people … END_OF_DOCUMENT_TOKEN_TO_BE_REPLACED

The ten most popular surnames in the Netherlands in 2007 were De Jong, Jansen, De Vries, Van den Berg, Van Dijk, Bakker, Janssen, Visser, Smit and Meijer. More than 5% of the people in the Netherlands had one of these ten last names. 1. De Jong (86,534 in 2007) De Jong literally means "The Young". Often used when two people in the same family had the same first name. The youngest one would be called De Jong, similar to somebody who is called "junior". Its counterpart, De Oude (the … END_OF_DOCUMENT_TOKEN_TO_BE_REPLACED

'Patronymic' literally means 'father's name'. It means that someone calls himself after his father, for example a son of Jan would call himself 'Jansen'. This is similar to the English name 'Johnson'. … END_OF_DOCUMENT_TOKEN_TO_BE_REPLACED