Many Dutch people taking a DNA test are surprised by the ethnicity predictions. Instead of Dutch, they’re predicted to be French, German, English, or Scandinavian.

When you think about the history of North-Western Europe, this is not surprising. The North Sea was the highway of the Middle Ages, with many people traveling for trade or pillage. During the great migrations, whole populations moved across the continent, leaving descendants in different places. And trade between the Netherlands and other countries brought people over to the Netherlands.

For this reason, Dutch DNA is very similar to DNA from people from surrounding countries. As long as the predictions are somewhere in North-West Europe, an unexpected ethnicity prediction is no reason to suspect that the paper tree does not match the biological tree. 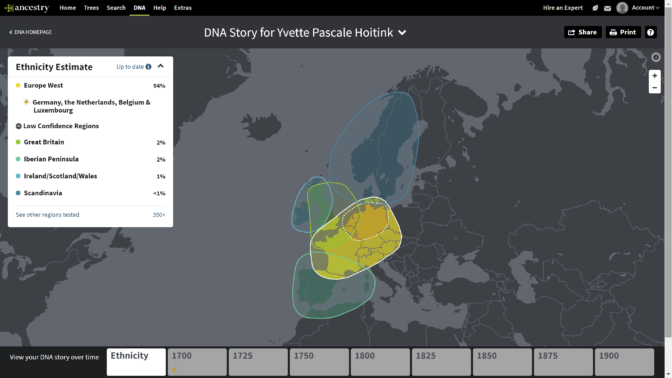